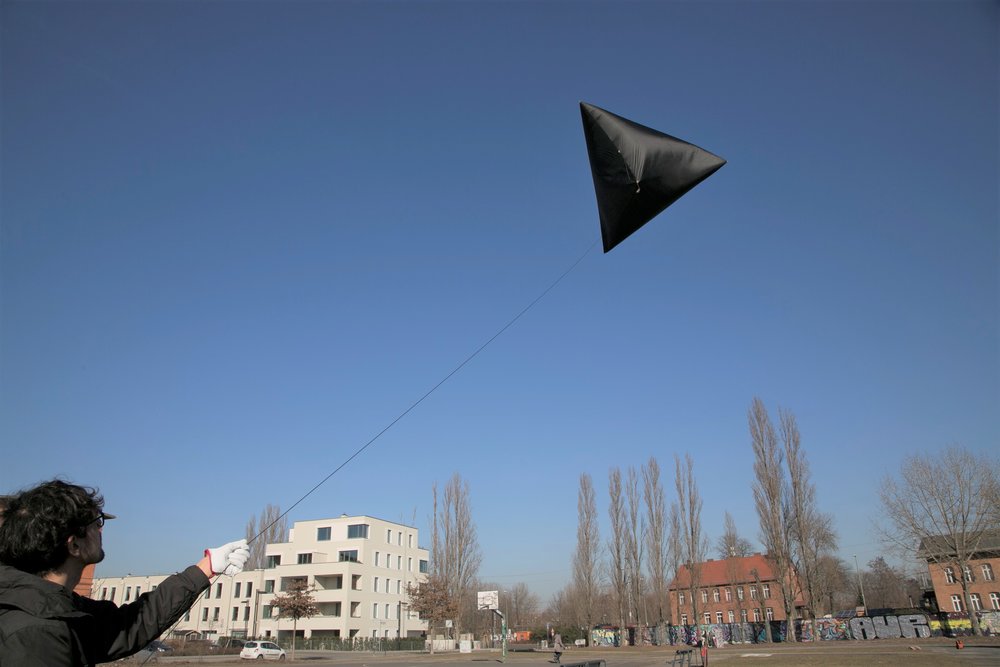 If you are in the Boston area, check out The New Inflatable Moment exhibition at the Boston Society of Architects (BSA), where an Aerocene Explorer kit is currently on view in its beta version.

This exhibition will explore inflatable structures used in architecture, art, and engineering since the emergence of the hot air balloon. While celebrating their practical applications, the exhibition focuses on the role some of these revolutionary works of imagination have had in envisioning utopia.

Inspired by the 1998 exhibition and book, The Inflatable Moment: Pnuematics and Protest in ’68 by Marc Dessauce and The Architectural League of New York, BSA Space will examine key historical moments during which inflatables kindle idyllic or visionary aspirations. Through a series of installations, photographs, videos, and models, the The New Inflatable Moment will contextualize the renewed interest in inflatable structures for architectural and artistic experimentation as expressed among established, emerging, and student architects and artists. Featuring Diller Scofidio + Renfro, Grimshaw, Anish Kapoor/Arata Isozaki, Otto Piene, Graham Stevens, Chico MacMurtrie, and raumlaborberlin, among others. It will also showcase the earlier, pioneering visions of Buckminster Fuller and Frei Otto; the utopian collectives of the late 1960s such as Haus-Rucker-Co, Utopie, and Ant Farm; and the contemporary use of inflatable technology for space exploration.

Curated by Mary E. Hale AIA and Katarzyna Balug, The New Inflatable Moment will anchor the present moment with an interactive timeline by Certain Measures, informing the parallel evolution of the medium with key moments of sociopolitical change. “With this exhibition, we revisit the moment of the 1960s explored by Dessauce to suggest that utopian thought is re-emerging today in architecture and art as evidenced in projects involving inflatables.”­, say Hale and Balug.

BSA will host an opening reception for the The New Inflatable Moment on 17 May 2017 at 6:00 p.m., which is free and open to the public. RSVP here.