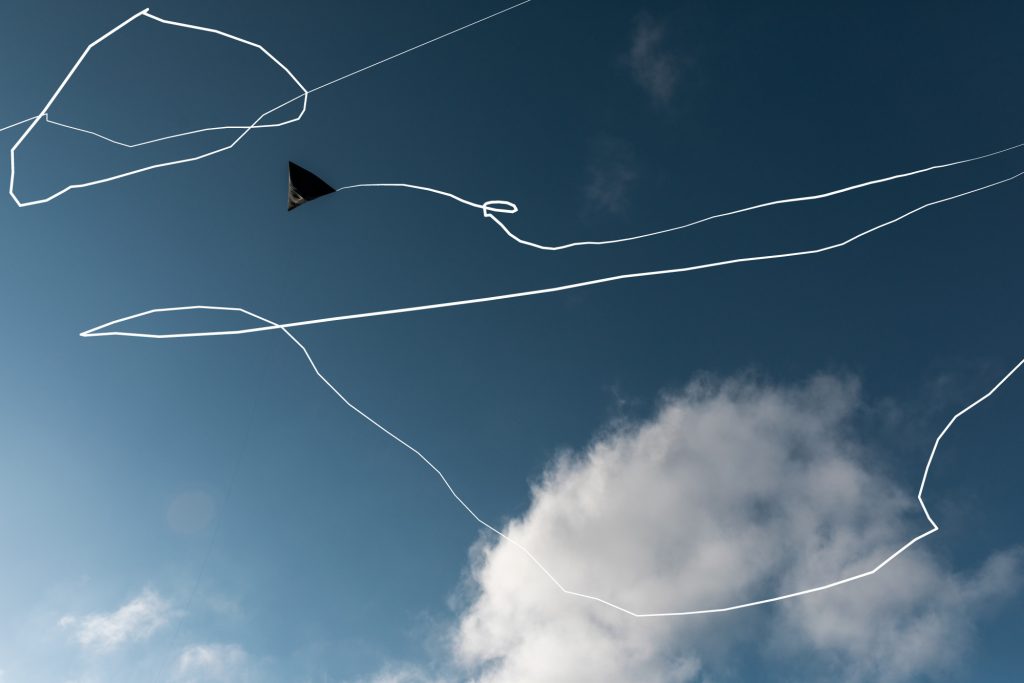 SIGNATURES IN THE AIR

We are used to fuel-powered flights, which leave behind visible condensation trails, straight lines in the sky. In contrast, the trajectories of Aerocene are invisible. They follow the rivers of the wind and conditions of the weather, in ways that can be predicted only in part.

The aerosolar sculpture enclosed in the backpack can be equipped with a motion tracker that records its movements as it floats through the air. By converting the position data into digital visualizations, we are able to generate convoluted traces that counter and contrast with the linear trajectories of our current modes of flying.

Like handwriting or fingerprints, the swirling trace that follows any Aerocene flight is unique. We can think of them as drawings in the air, or as signatures on a global Declaration of Independence from Fossil Fuels, to which people all over the world are contributing.

The convoluted traces of a tethered flight represent the maze of laws and regulations that are holding back the sculptures. They are marks of the struggles we are facing in trying to move beyond the Anthropocene. But, when a free flight takes place, the traces become a powerful representation of the circulation of winds and energy around the planet – the invisible infrastructure of the atmosphere.

The motion tracker for the Aerocene Backpack was developed by Alexander Bouchner (IAK-Braunschweig) in collaboration with the Aerocene Foundation.

To equip your Aerocene Backpack with the Motion Tracker Add-On, please write to info@aerocene.org.