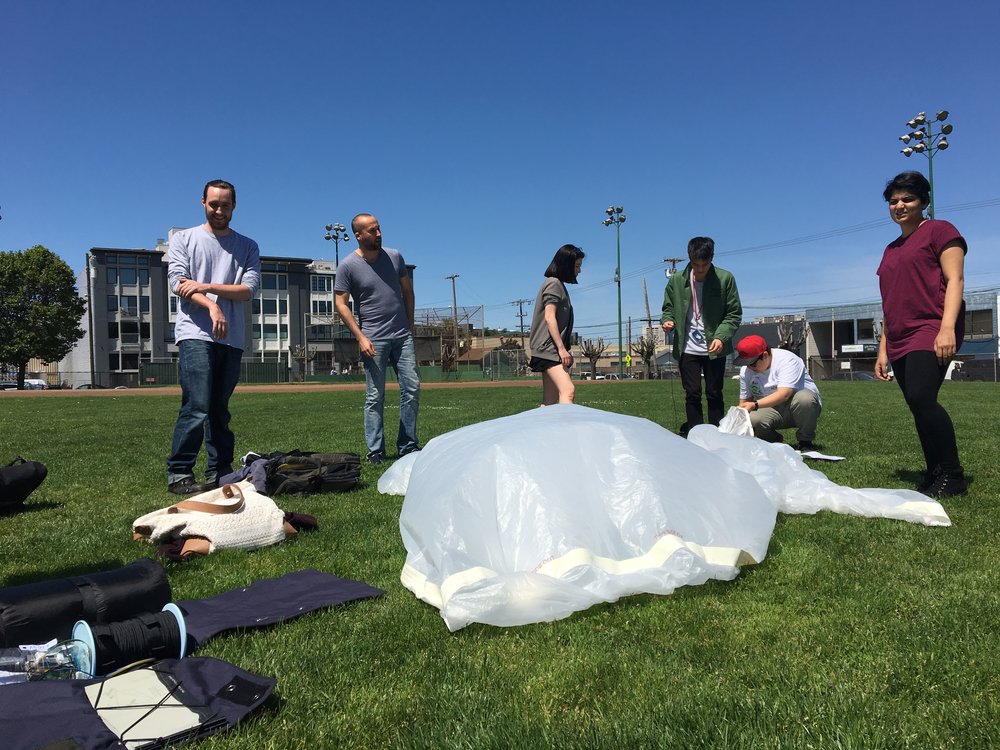 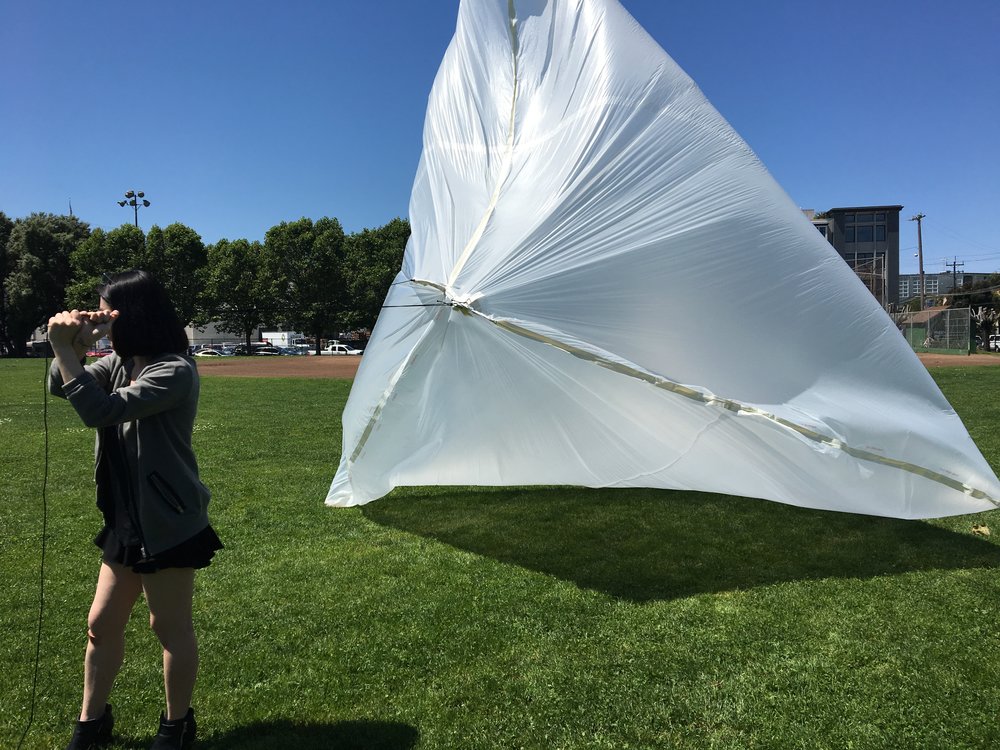 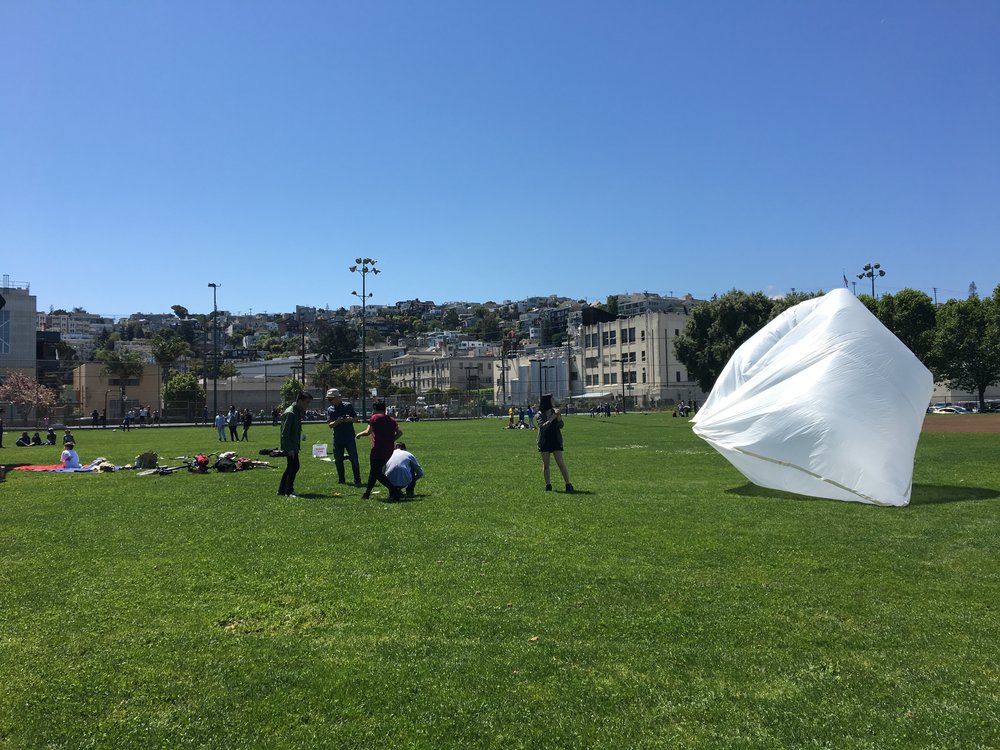 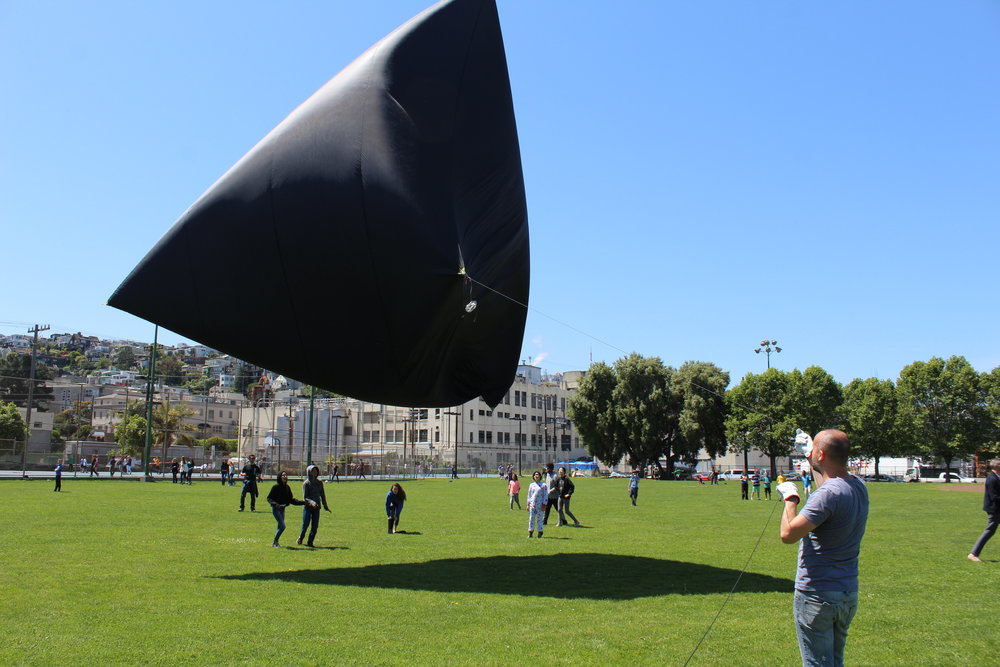 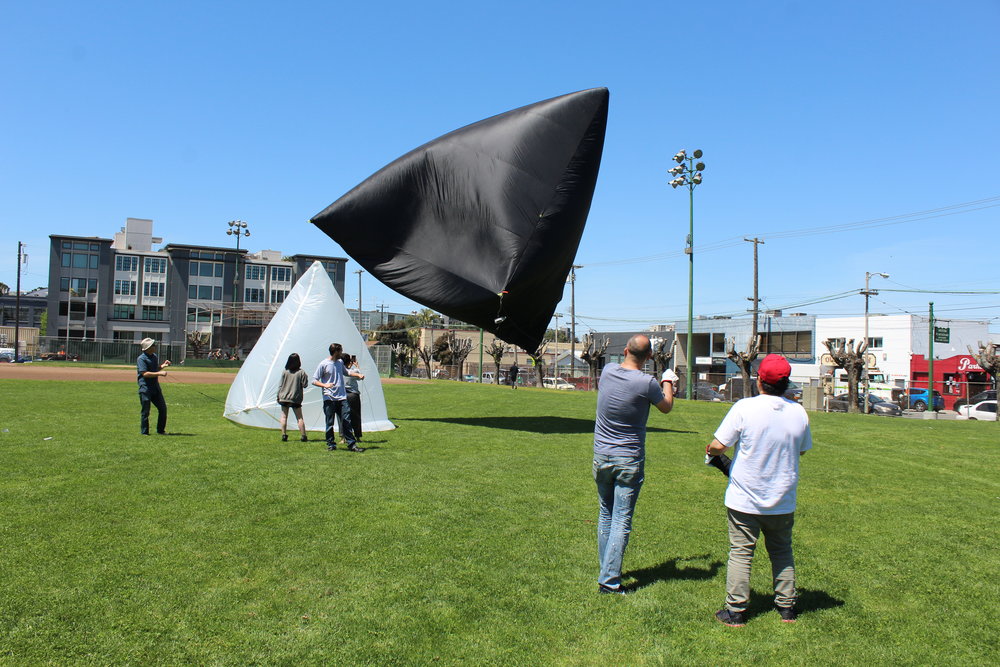 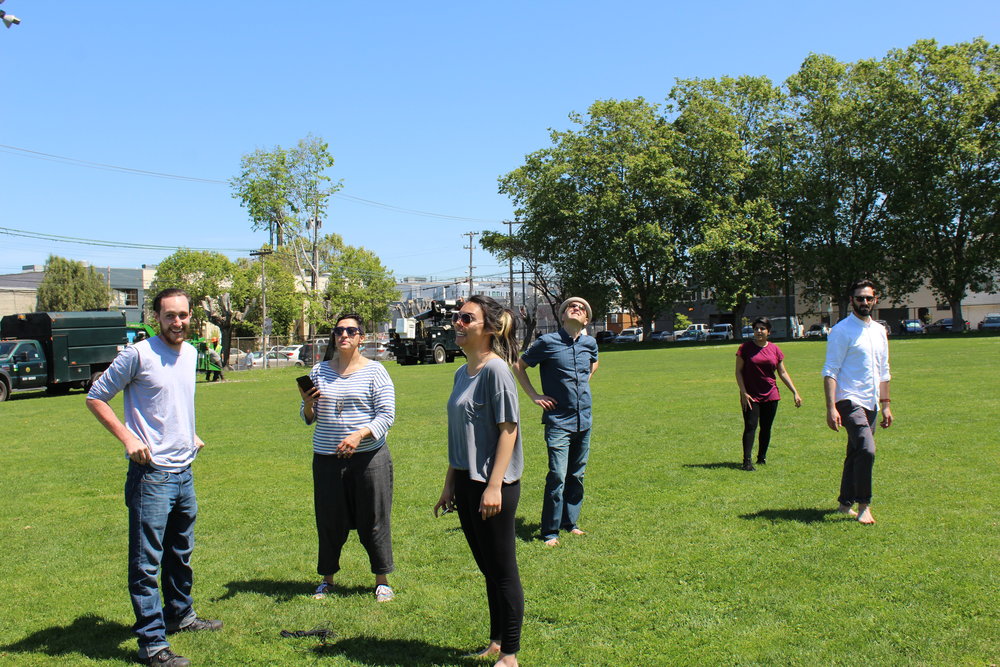 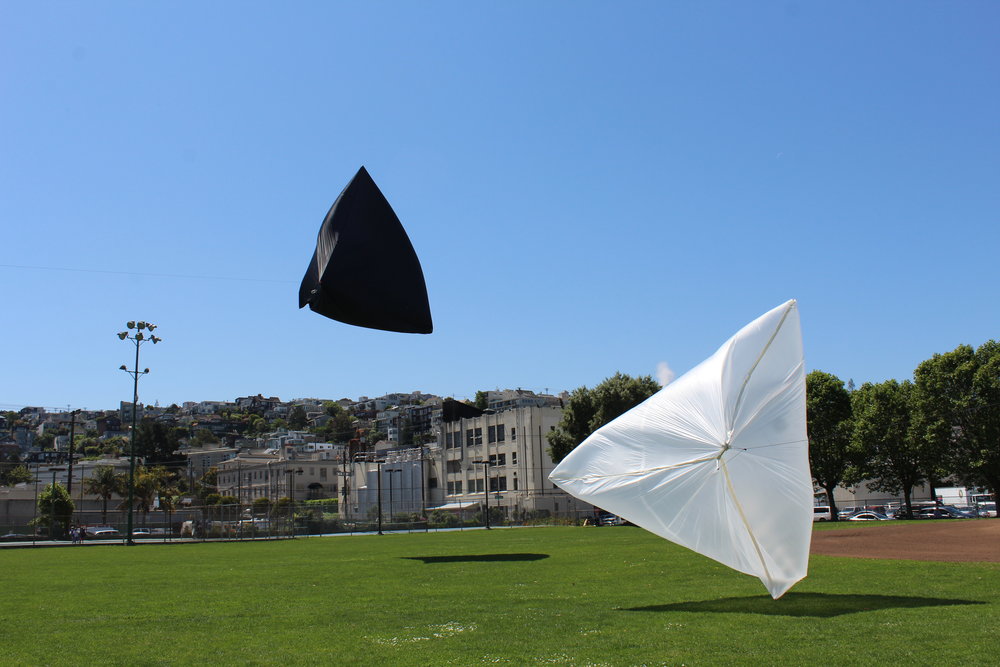 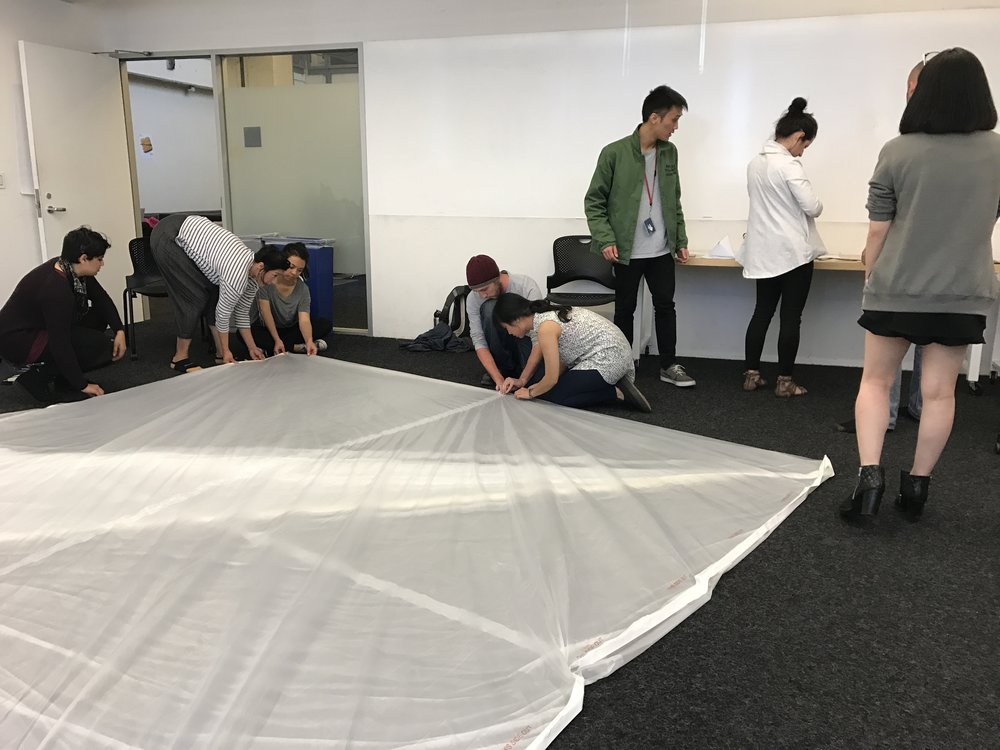 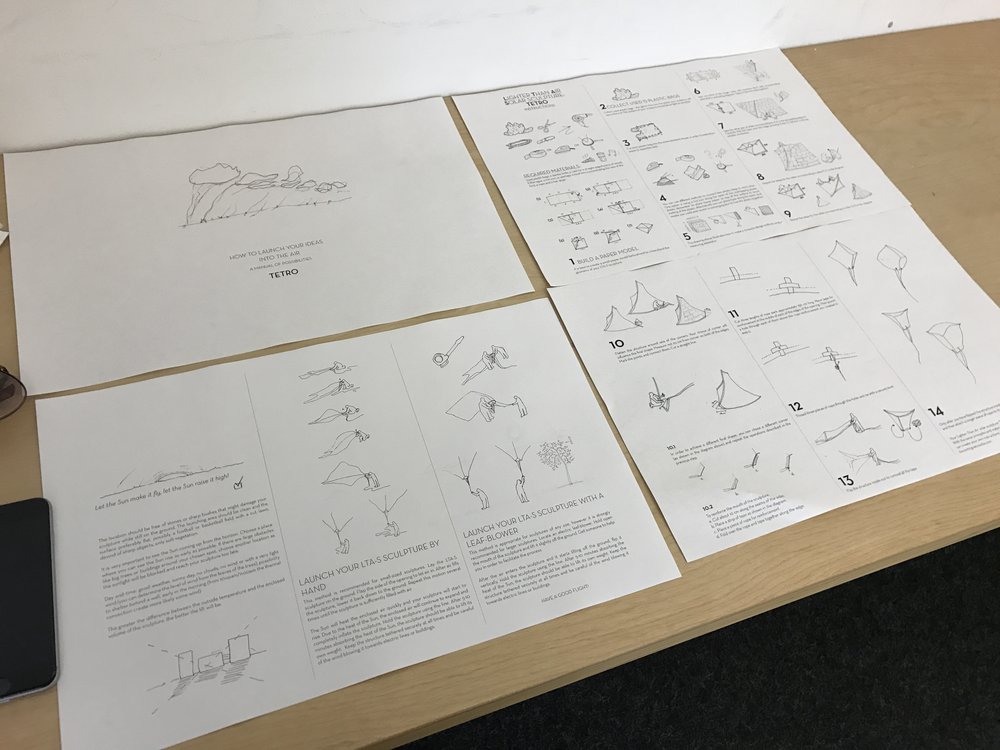 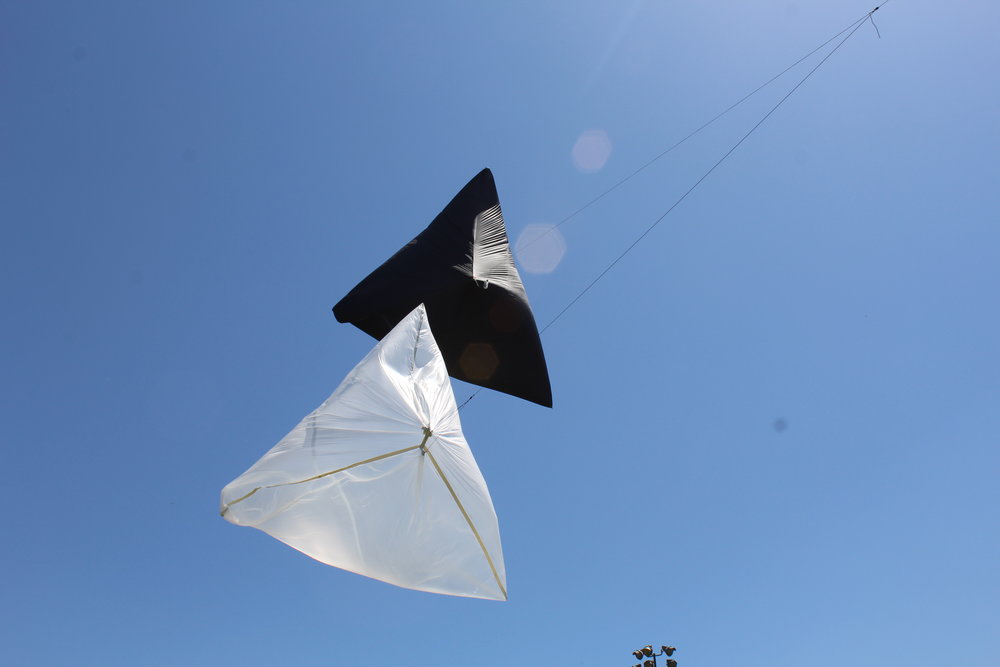 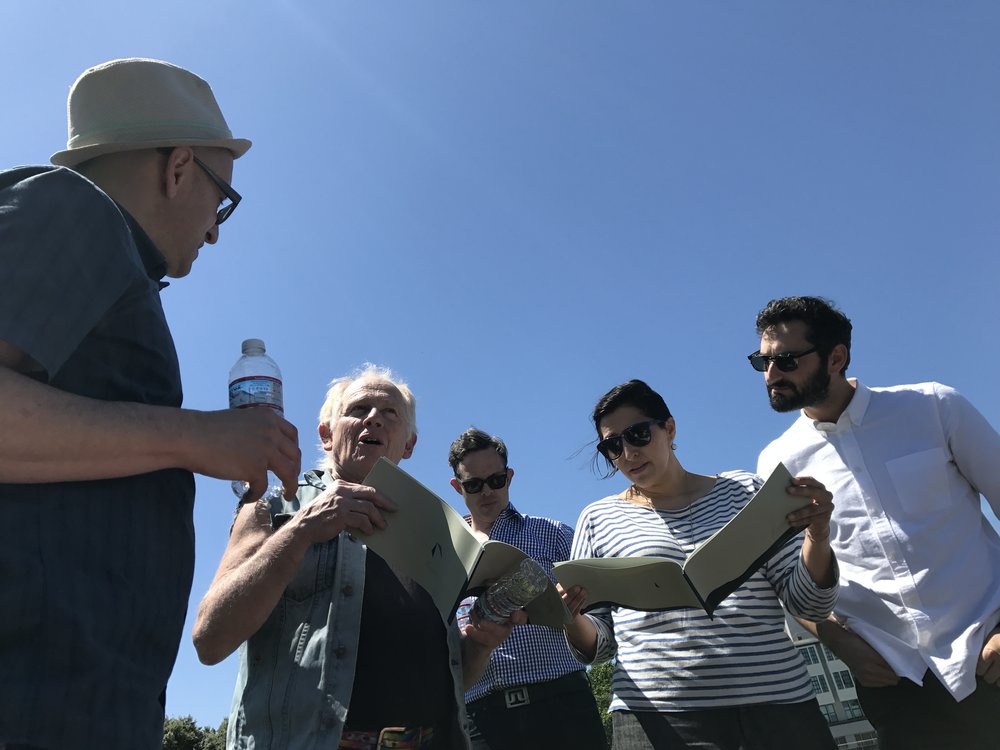 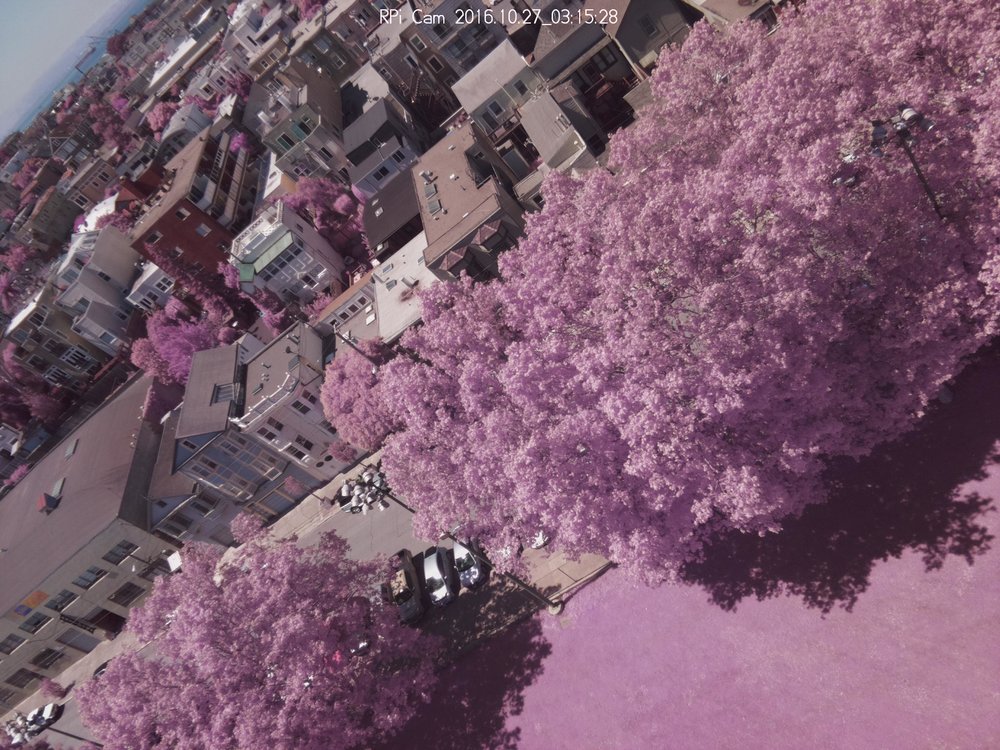 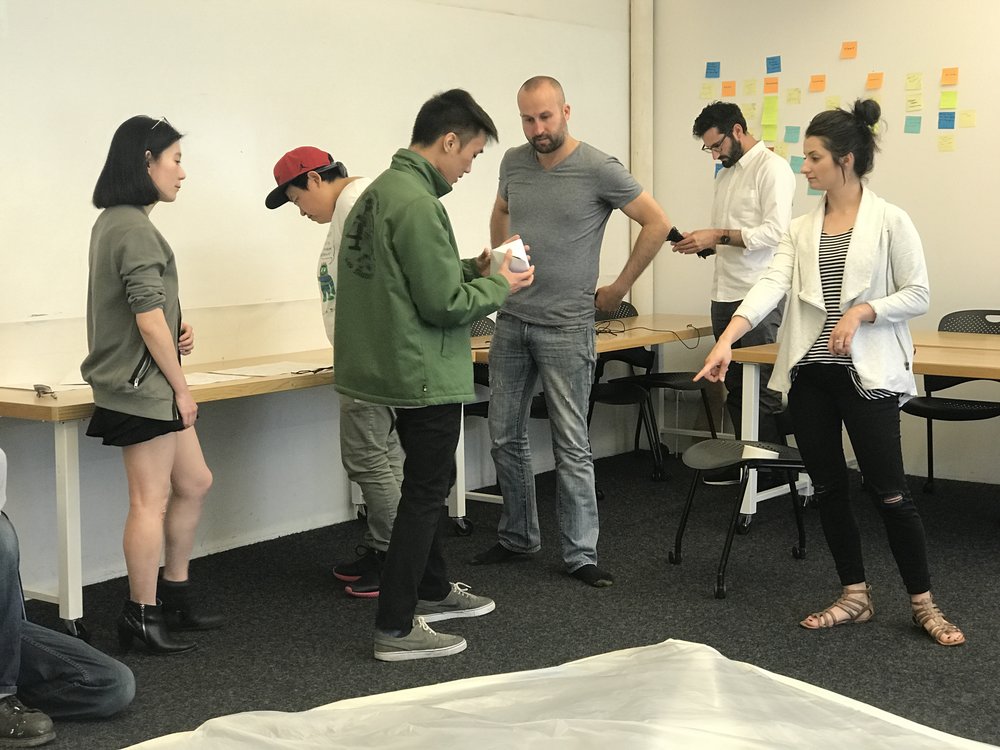 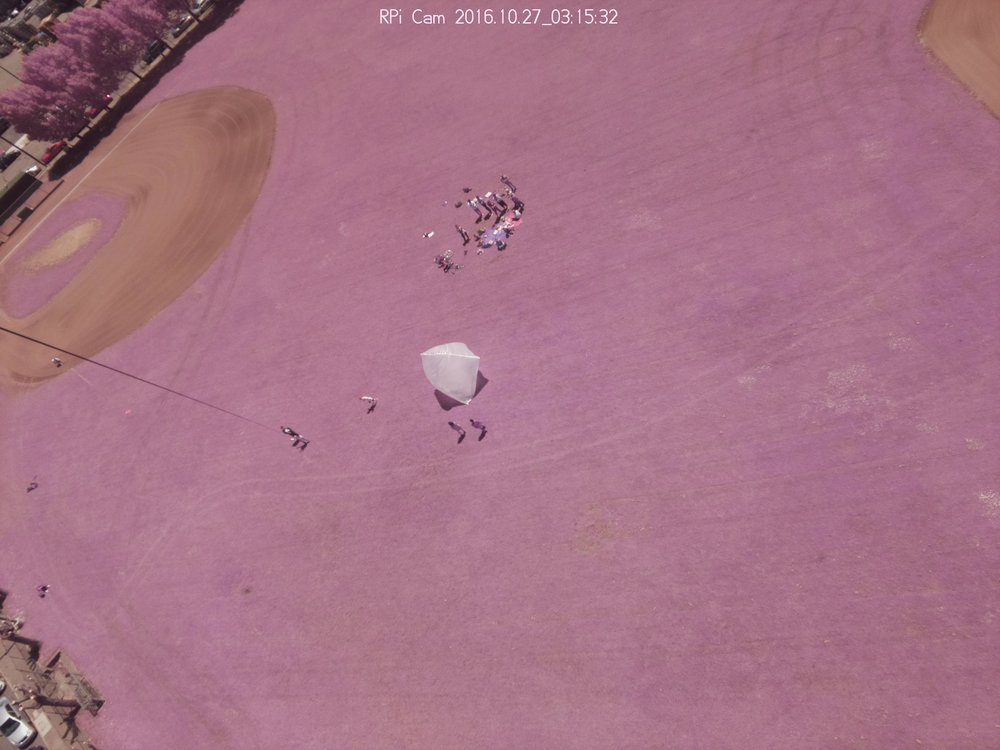 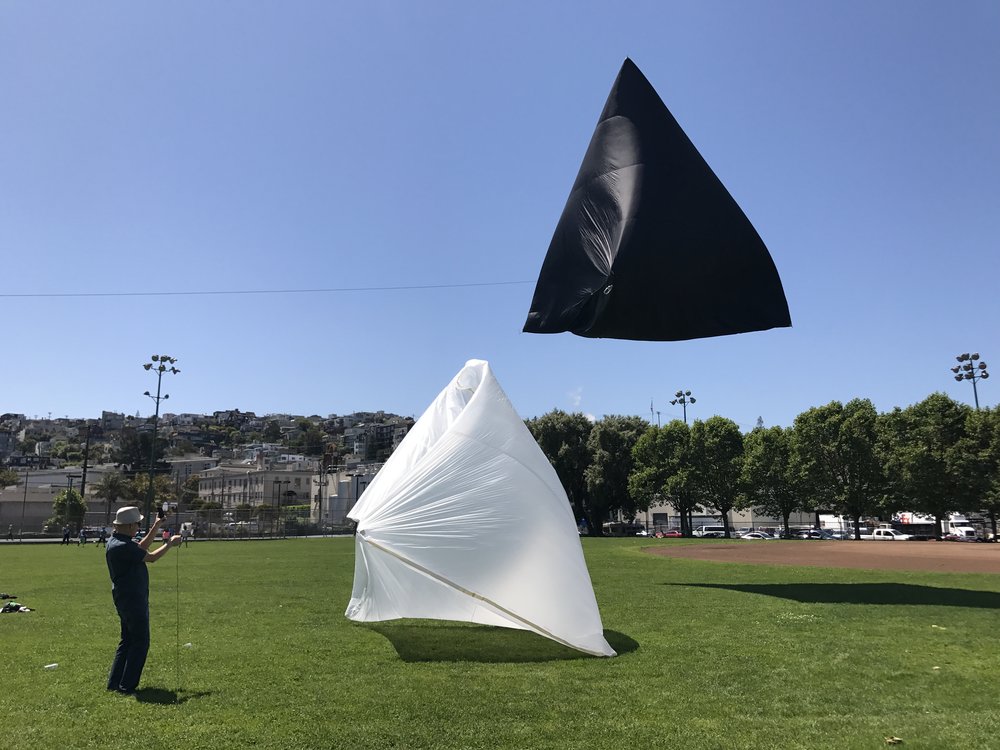 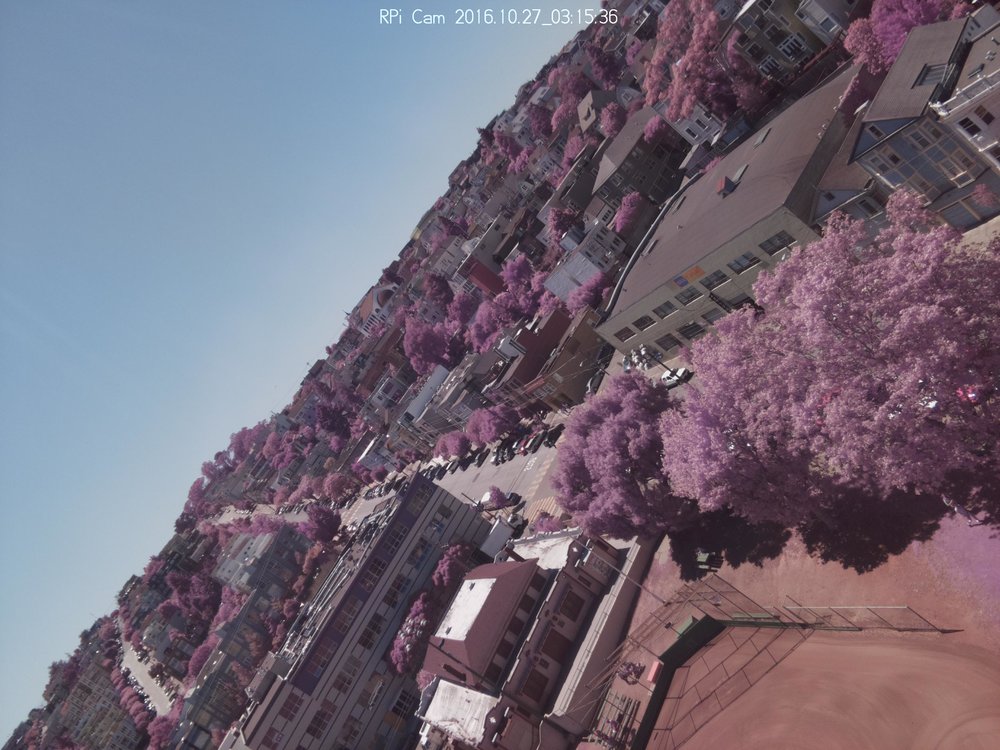 On 21 April 2017 two Aerocene sculptures floated across the pacific blue skies of San Francisco, California, powered only by the Sun and wind. The launching team was comprised of students from the “Cloud Cities, and Other Possibilities” course at California College of the Arts, led by their instructor Joseph Becker, San Francisco Museum of Modern Art‘s associate curator of architecture and design.

The team launched an Explorer sculpture, following the guides included in the Aerocene Explorer kit. The Explorer lifted a payload of sensing devices that recorded atmospheric data and a camera that captured beautiful aerial images. Fully embracing the do-it-together ethos of the Aerocene, the team also constructed and launched their own sculpture out of a thin recycled-plastic drop cloth, using the open-source instructions from Museo Aero Solar‘s Tetro sculpture. Museo Aero Solar is usually made from collected reused-plastic bags; however, due to San Francisco’s plastic-bag ban, the team improvised by finding a new recycled material.

The successful launch was also assisted by Chris Falliers, associate professor of architecture (and co-instructor of “Cloud Cities, and Other Possibilities”) at CCA; Jonathan Massey, dean of architecture at CCA; Curtis Schreier of Ant Farm; and Nicholas DeMonchaux of Berkeley Center for New Media.

Tomás Saraceno’s exhibition Stillness in Motion – Cloud Cities is on view until May 21, 2017 at SFMOMA.