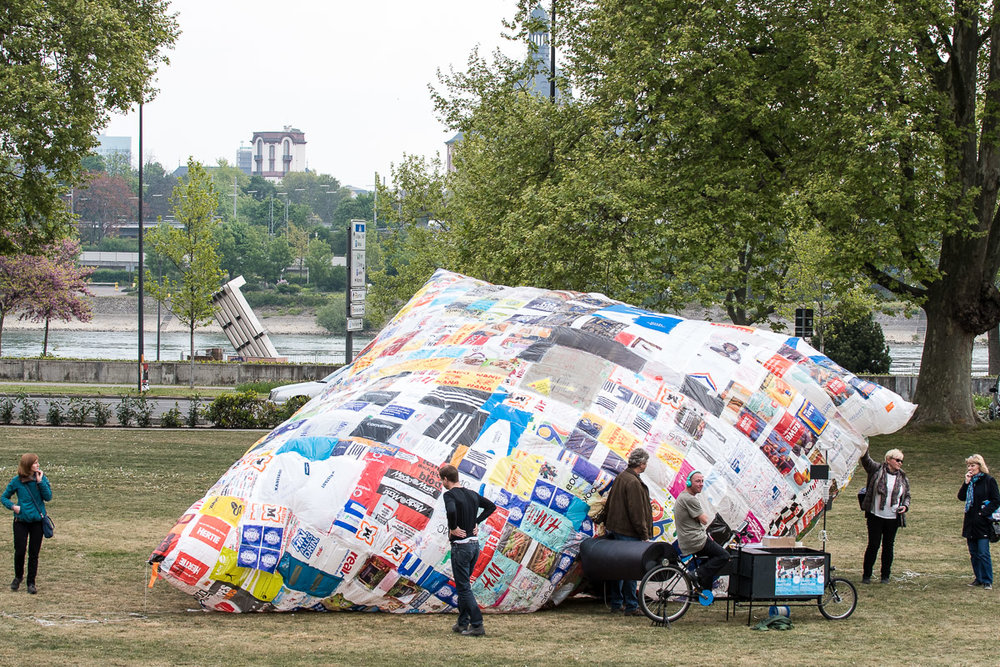 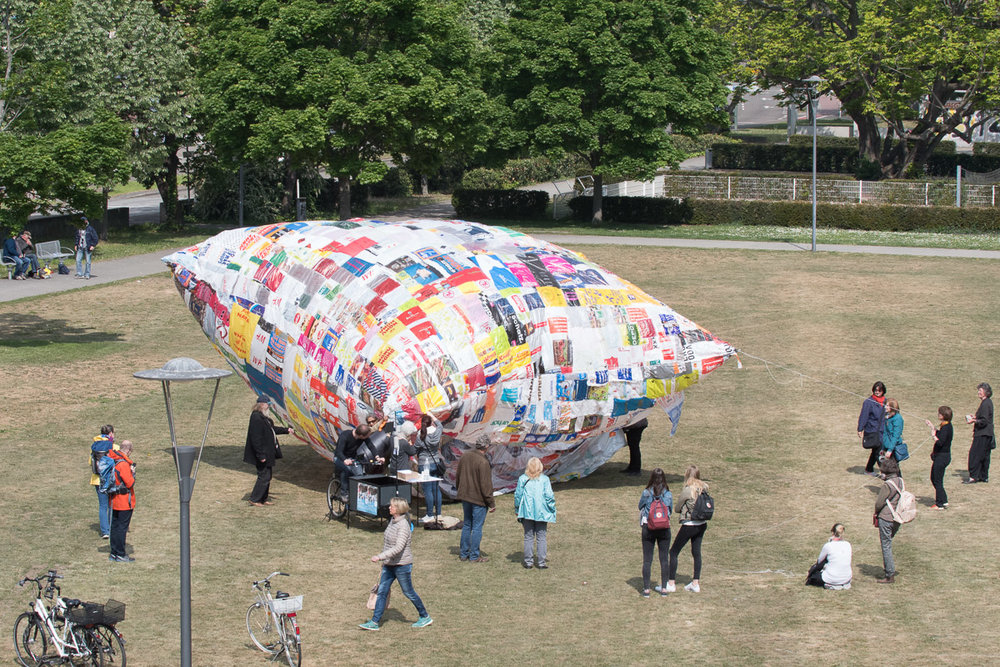 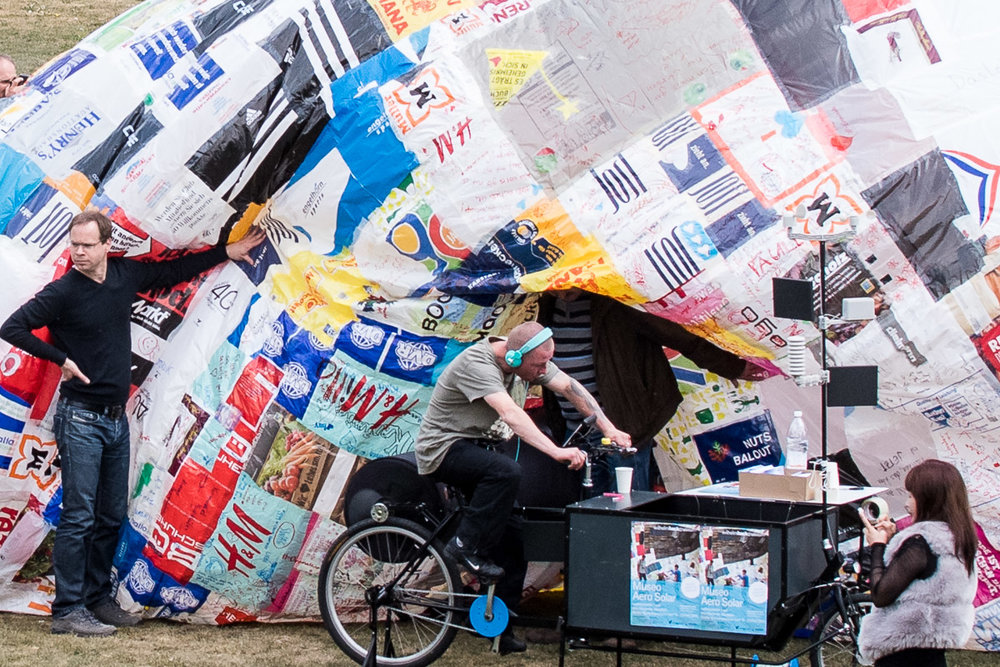 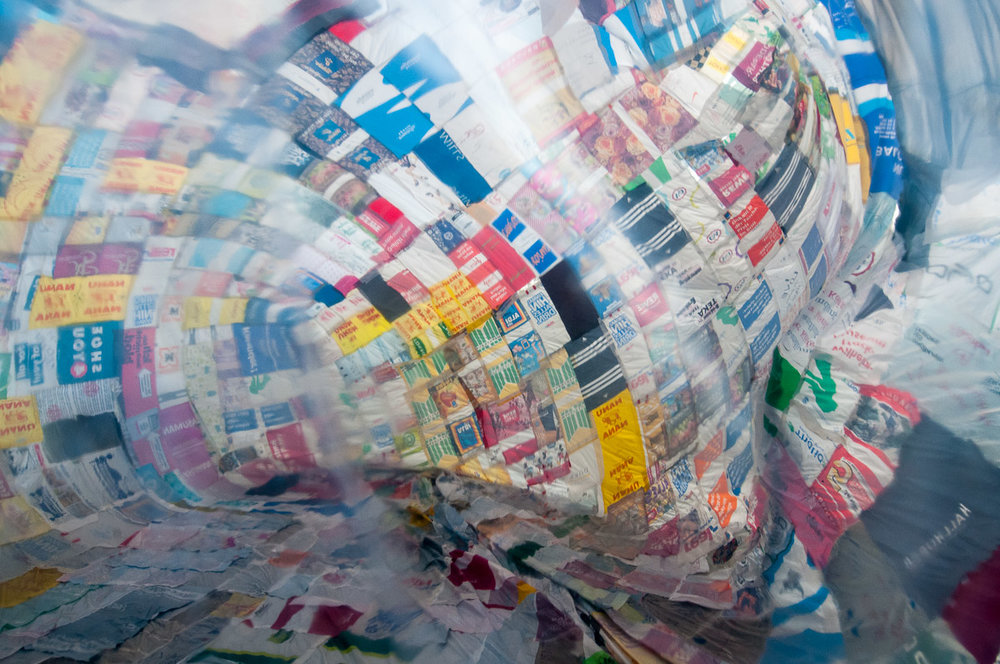 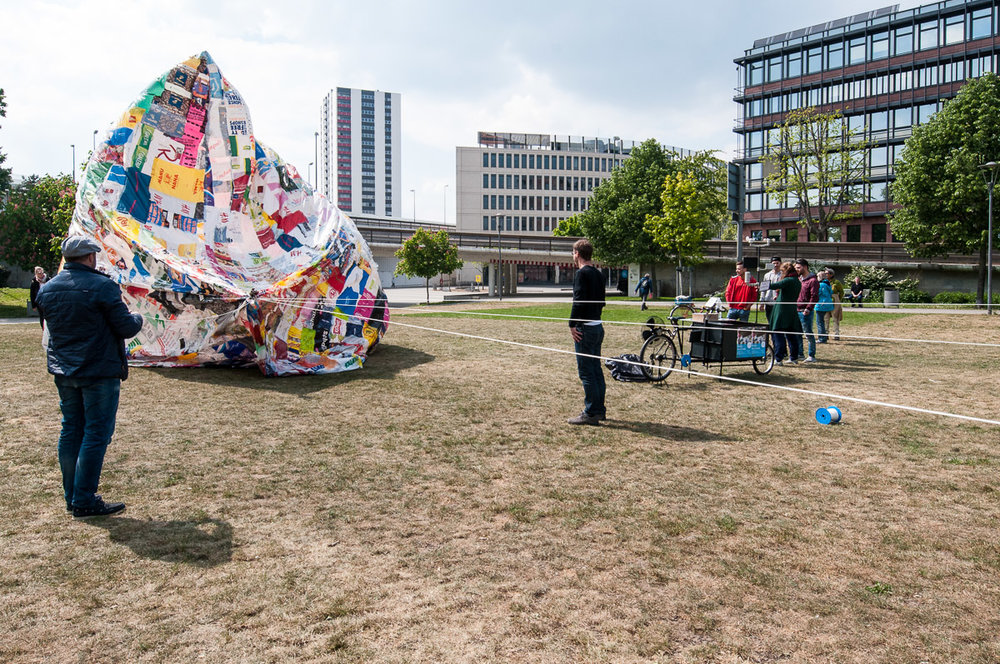 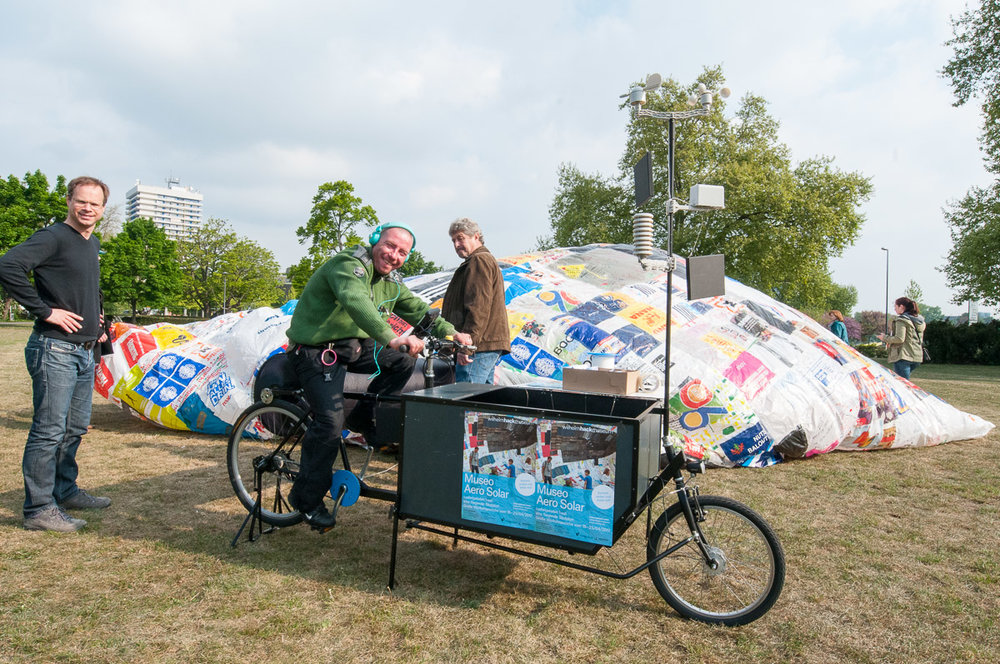 On 29 April 2017, a new Museo Aero Solar sculpture was unveiled at Wilhelm-Hack Museum in Ludwigshafen, Germany, on the occasion of the final weekend of Tomás Saraceno’s solo exhibition Aerosolar Journeys (9 February-30 April 2017).

It was the culmination of weeks of effort from local community members who collected reused plastic bags, adhering them together to form the latest iteration in the global project Museo Aero Solar. A bicycle-inflation system on view in the exhibition was brought outside to fill the sculpture slowly with air, a way of achieving lift without using any toxic gases, engines, or batteries.

Unfortunately the weather proved a bit too cloudy for the sculpture to float into the air, but the Wilhelm-Hack-Museum team will make another attempt in the upcoming summer months.

Aerosolar Journeys illustrated the multiple practices that are part of the Aerocene project. From artistic field experiments to interdisciplinary dialogues, the project seeks to reactivate a common imaginary in the age of ecological crisis. The exhibition included sculptural installations, videos documenting past aerosolar flights, and an engaging public programme. After Wilhelm-Hack Museum, Aerosolar Journeys will be presented at Haus Konstruktiv in Zurich, May 2017.