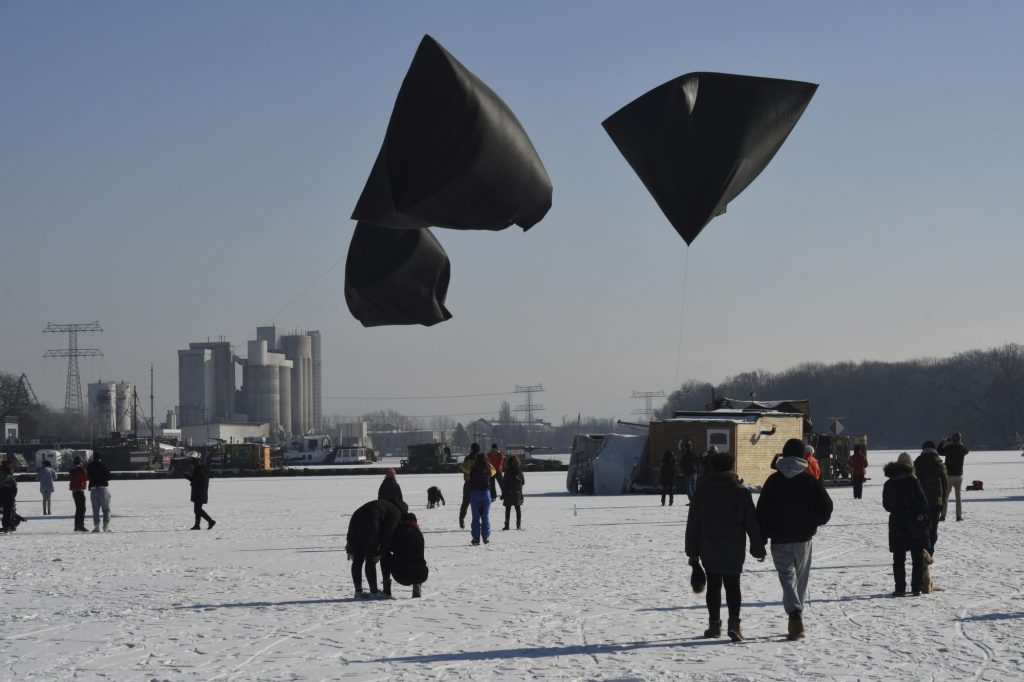 After a week of very low temperatures, a rare opportunity has been made possible by especially harsh winter conditions in Berlin this year: a sharp radiant sun has uncovered above the city and its frozen waterways, allowing thousands of people to walk on thick ice.

Early in the morning, a group of six Aerosolar Pilots borrowed three Backpacks from the Aerocene Foundation and experienced a flight free from carbon emissions on top of the frozen Rummelsburg lake in Berlin.

The vast white surface of the lake had stopped any of its motions, no water ripples, boats remaining still in their positions, as decontextualized artefacts on a deserted land. Terrestrial beings are now bashfully walking where they were not allowed to only a day before. A spontaneous situationist environment has come to life, an empty, vast stage where the public and performers merge, activating a place for renewed shared experiences.

As soon as the black Aerosolar sculptures get inflated on the ice with only air, the power of the sun lifts them off instantaneously – amplified by the albedo reflection effect on the white, frosty lake. Immediately, their movements in the thin air generate a focal point attracting the public and participants onto the wide white stage.

The Aerosolar Pilots share their floating experience with whoever is around, passing the fluctuating rope and initiating a bonded, bonding slow dance between humans and the solar airborne creatures.

The transitory stage hosts the first act of a participatory piece in which the sun, the winds, human and non-human are all protagonists.

Although the stunning beauty of the three hours experience, bathed in the wintry sun, it is not easy for the aeronauts to forget that under that thick layer of ice, down to the bottom of the lake, the contamination of several decades of industrial waste has made impossible life conditions for many autochthonous species.

As stated by the Bundesanstalt für Gewässerkunde:

“The combination of high chemical contamination with persistent organic and inorganic chemicals, toxicity and specific substrate composition, makes a natural repopulation scenario for the improvement of the biological diversity extremely improbable”

When leaving the lake, the aeronauts’ wish is that the mirage-like white blanket that has covered it for the day, allowing for them to fly aerosolar on top of it, will be a reminder of what lies beneath it, at its very bottom, where man-generated pollutant particles have layered in-depth; that our waste does not only end up in the air that we breathe, but also in the very populated hidden underworld of our lakes, rivers and seas, all very close to us, but perhaps often forgotten merely because we can´t walk on them. 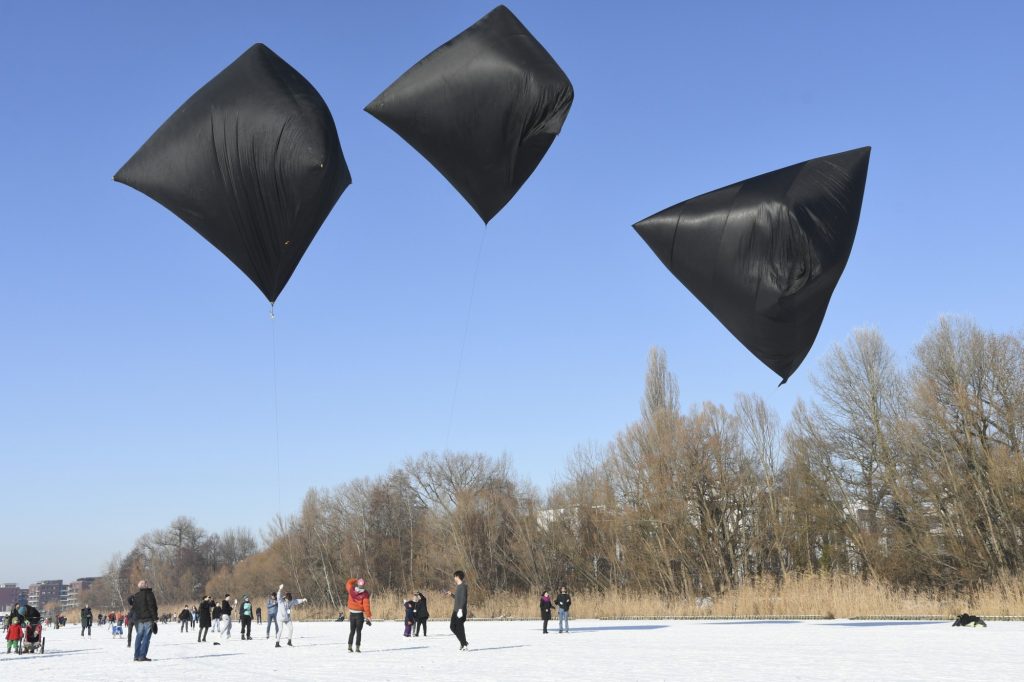