A duo of first ever Australian Aerocene Explorer flights took place in the last week of 2017 and the first week of 2018.
Gwilym Faulkner who was visiting his family on vacation from Berlin, had the timely opportunity to launch with them into the new year in a truly Aerocenic manner. The first flight took place on the remote white and blue expanse of Lucky Bay in Esperance, and secondly in a more communal setting at the South Fremantle beach in Perth.

The flight in Esperance was a true testament to the ability of the wind, with a strong onshore south-westerly typical to the area, the flight was equal parts battle and dance with the wind in an attempt to gain some lift from the sun and record some aerial footage of the beautiful coastal landscape. 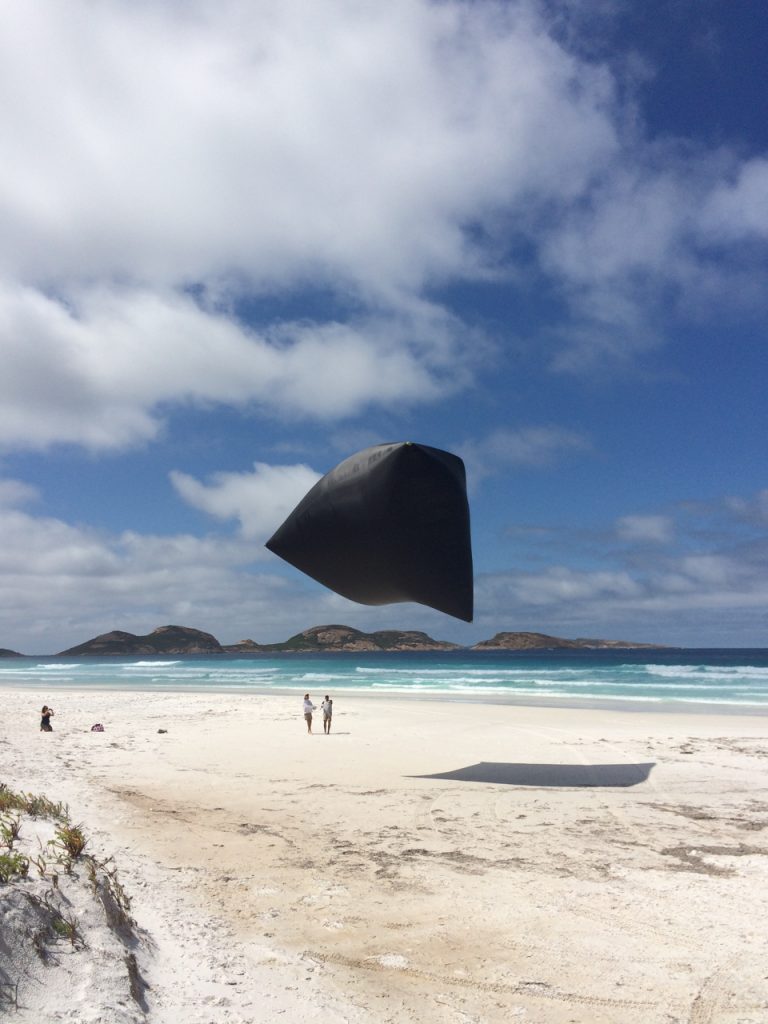 Sharing the beach with only a few campers and tourists, there was a beautiful quietness between the sculpture and the landscape, which was only occasionally interrupted by a curious cry of a child, the slowing engine of a vehicle beachgoer passing by and the perhaps confused calls of local seagulls. Having several pairs of helping hands on standby, the sculpture was manageable but still an important reminder of the power and force that is constantly generated by the ever present wind. After a few successful lifts the decision was made to retire the sculpture for the day. For a first ever flight in the continent, the group left with a feeling of achievement and a newfound respect for the raw power and ability of nature. 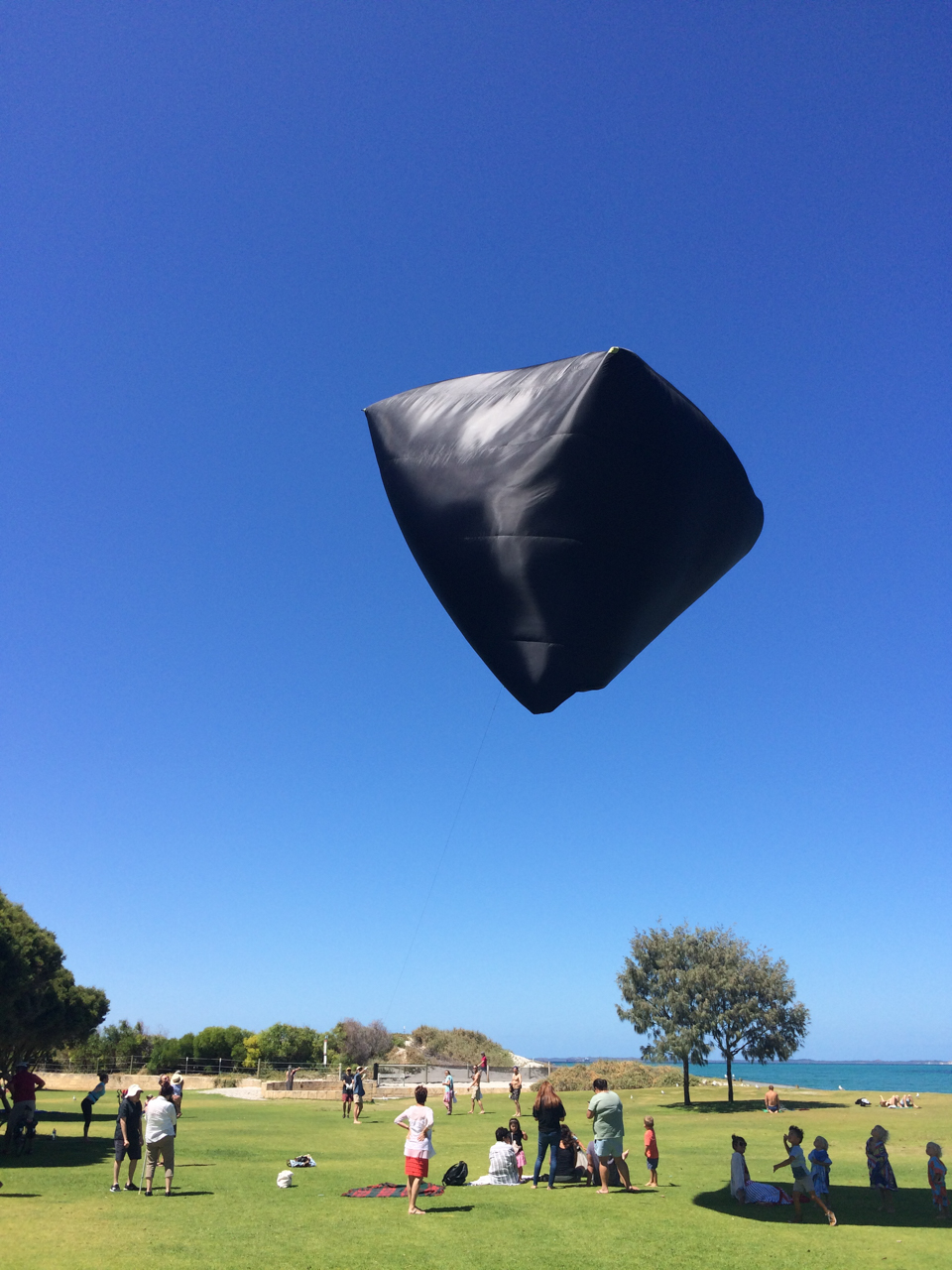 On the 6th of January, with sunny blue skies and a moderate amount of wind, the second flight took place on a grassy field a stone’s throw away from the waters of South Beach in Fremantle. With adequate sunshine and a recorded temperature difference of 13 degrees celsius within 6 minutes, the sculpture was ready to launch. Before long a relationship between the sculpture and the people began to take place; many local families, friends and beachgoers were getting curious and inquisitive about the sculpture.

Once the sculpture had lifted, the first to interact, unsurprisingly, were a group of young toddlers who chased and danced with the sculpture. Following their lead, many of the other people who had heard about the launch or passed by at the right time started to converse between themselves and with Gwilym regarding just what it was they were seeing. The moments when many realized this large thing in front of them was lifted purely by the power of the sun, there was a reaction of awe and excitement and perhaps a shift in the way things are seen. In a land with such plentiful sunshine, the potential for an Aerocene inspired future is bright and important. 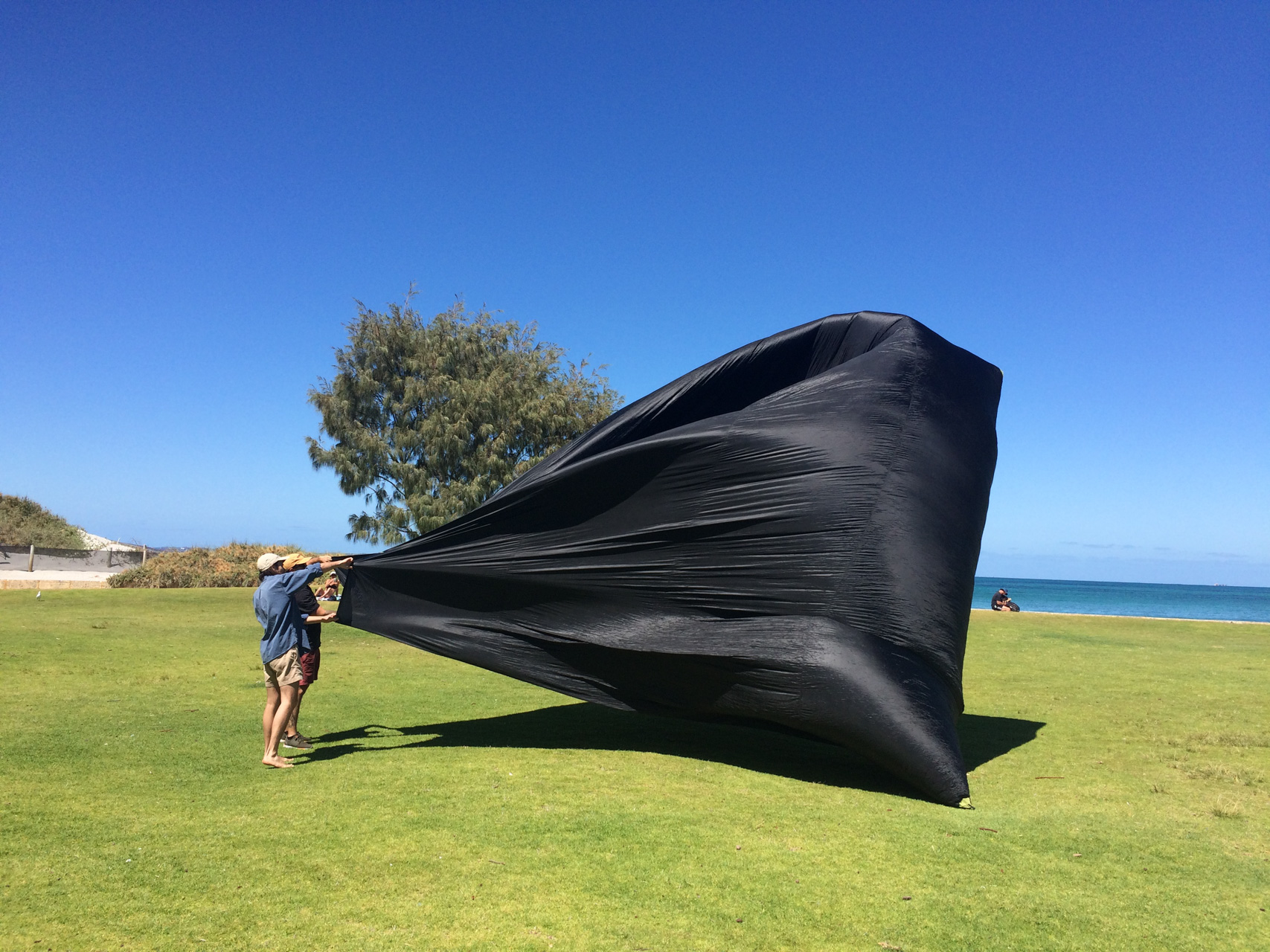 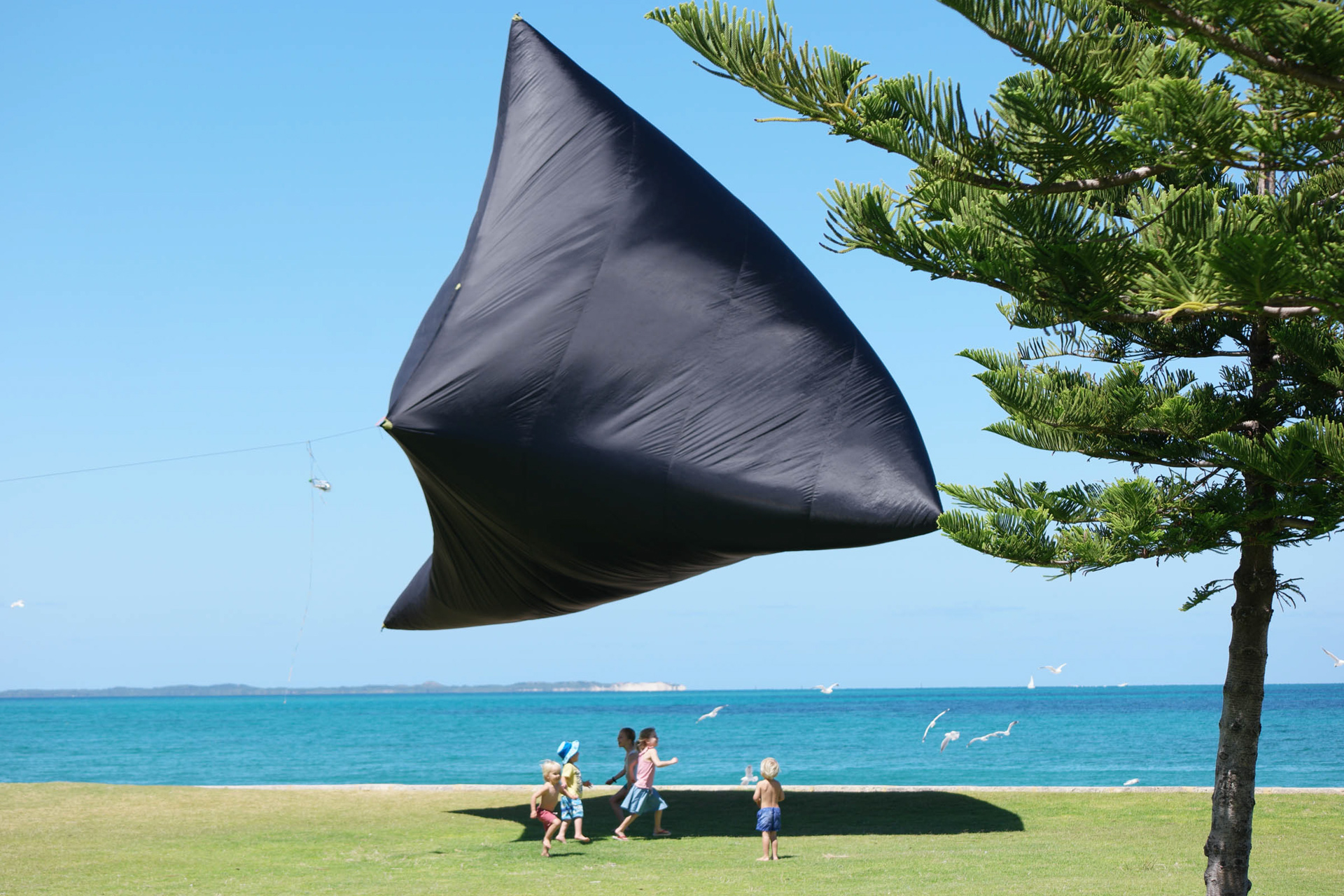 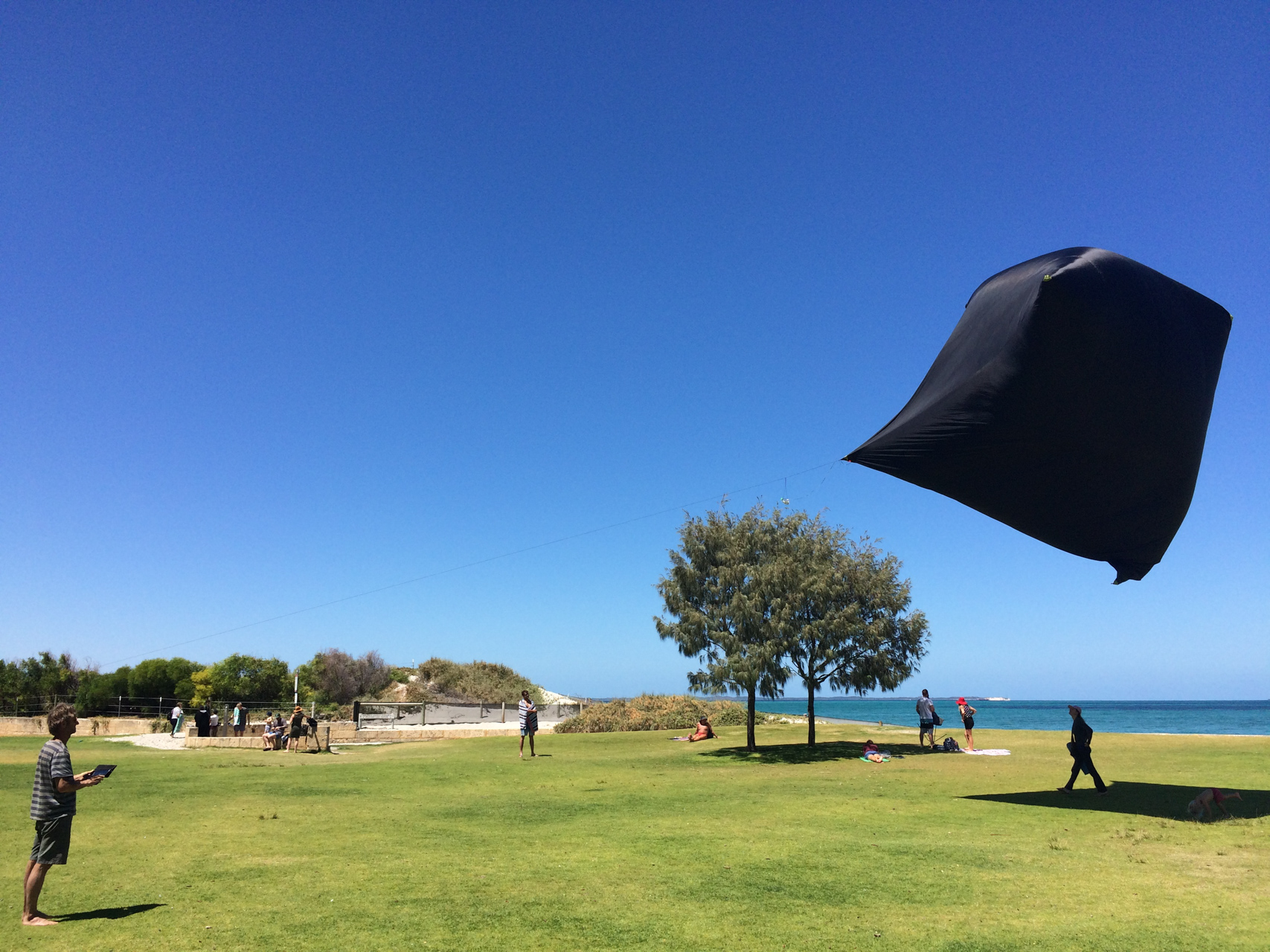 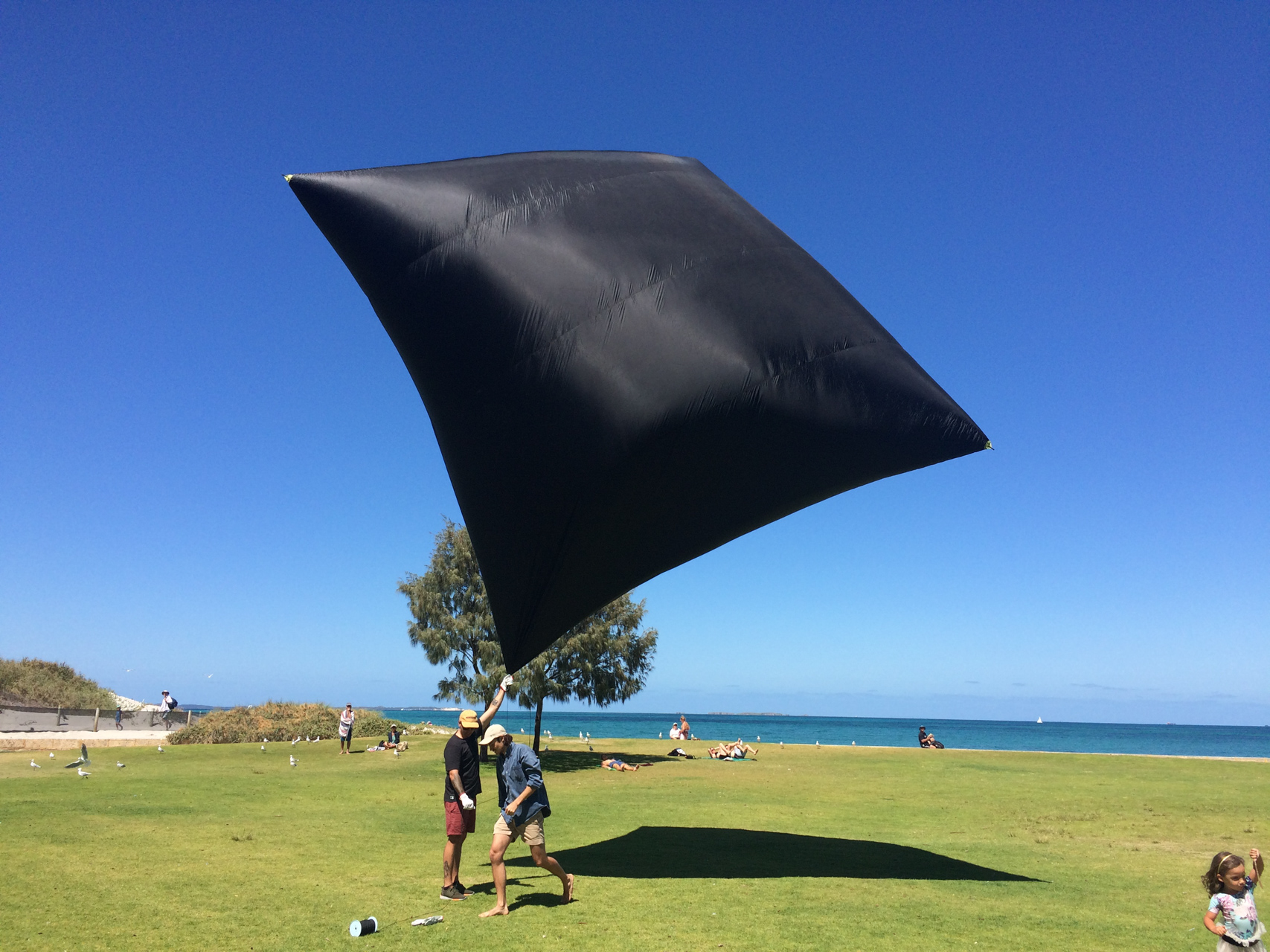 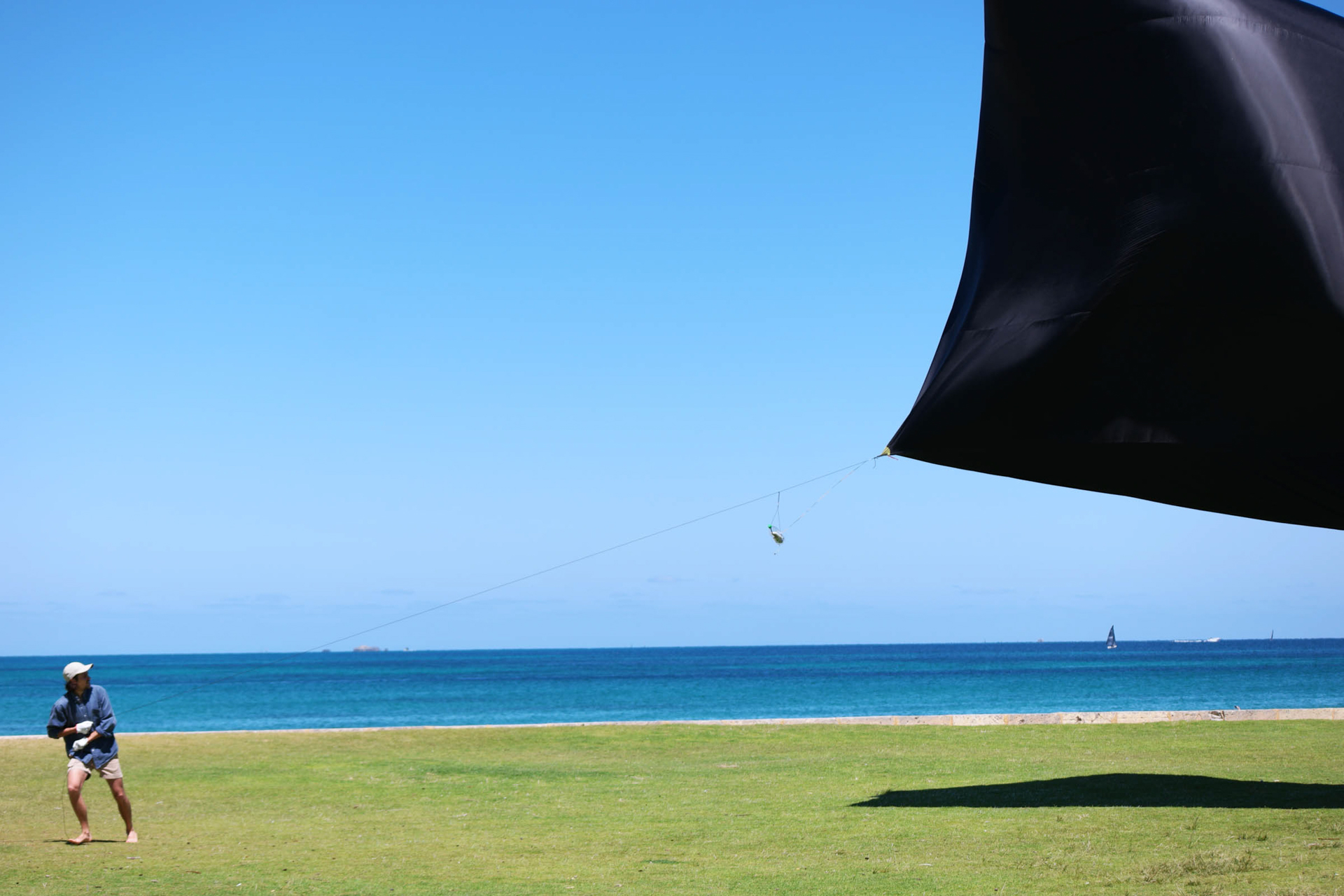