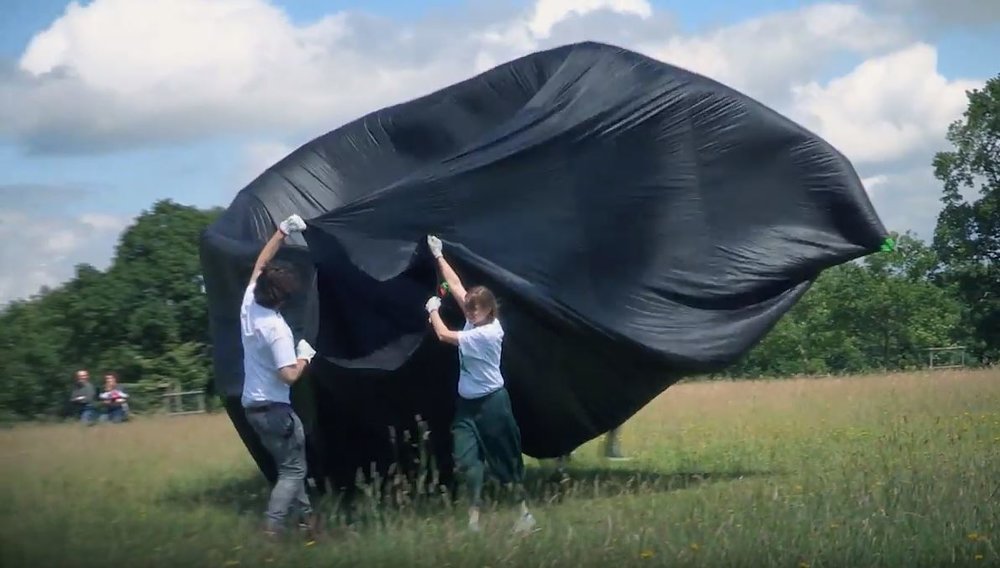 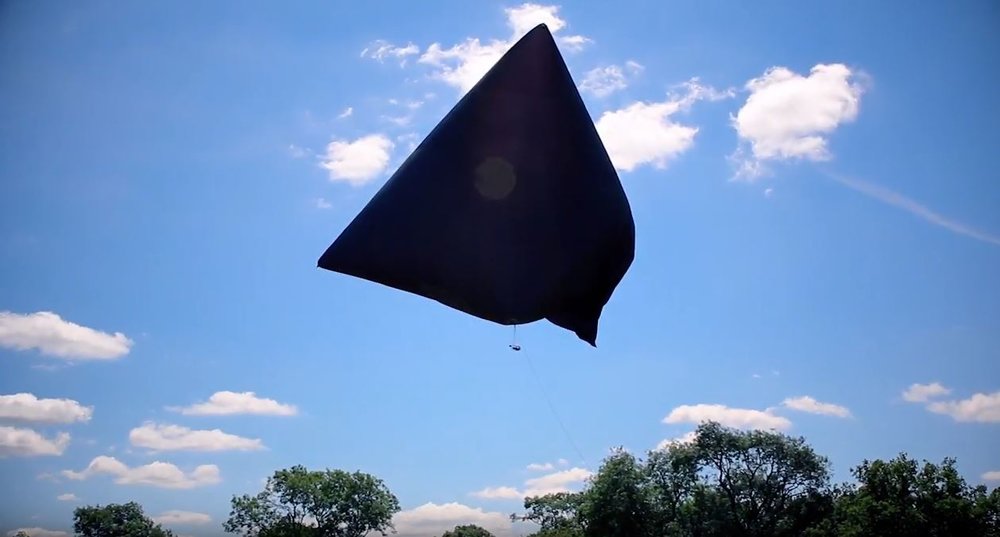 I was introduced to the Aerocene project when I was in Berlin in 2016.  The images, films and descriptions made me think again about the atmosphere and the world of the sky and it struck me immediately that this was an idea we should introduce to the Forest of Imagination (FOI). The question was when and where?

The theme for Forest of Imagination 2107 was ‘where we feel at home’, and was intended to explore our feelings about our home being in the city or being in nature. The Aerocene concept allowed us to reflect on the whole planet as our home and introduced a whole new level of international quality art and science to the FOI project. With this in mind we developed the plans with the Aerocene Foundation team who suggested we borrow two Aerocene Explorers, one to be on exhibition to explain the concept and one to launch as part of the event.

The next step was to fix a location for FOI that would allow us to test the various ideas. The ancient meadow at Bushey Norwood on the fringes of the city provided the perfect setting for a perimeter trail of creative interventions, leaving a large open space where we could launch and experience the Aerocene Explorer. A significant funding grant from the Arts Council meant the whole project was finally deliverable.

To build expectation of the Aerocene in the city we promoted the project on social media and in the local Bath Chronicle and other magazines. I concluded a talk at the Raven ArtBar by unpacking one of the Aerocene Explorers and explaining the various sensors and communication devices that would provide a real time feedback on the atmospheric conditions and location of the Explorer once launched. There was lots of interest and requests to assist with the launch.

The FOI event took place across the weekend of the 29th June to the 2nd July and attracted around 4000 visitors. These included lots of children and adults of all ages. Their first impression of Aerocene was from a small exhibition of one of the Aerocene Explorers mounted in the Edge Gallery lobby and set amongst the usual eclectic and playful FOI installations such as ‘Dreamer’, the 6m high inflatable rabbit and the ‘Giant Tiny Ant Quest’ immersive VR experience.

The first launch was tried on Saturday 1st July. The sun was shining but we were concerned by the gusting winds. There was a slight sense of competition as we knew the Aerocene team was in London launching an Explorer at the V&A.  It would have been amazing to have had one launching in the heart of London and one in the countryside of Bath but in the end we had to abandon our own attempt due to the strong winds. It is hard to describe the immense power of a fully inflated Aerocene Explorer caught by a gust of wind and it took a gang of at least 6 people to control it and bring it back to ground. Thankfully we also had it tethered to a small tree set conveniently in the middle of the meadow.

Despite the disappointment of not allowing the Aerocene to fly, it captured everyone’s imagination as it billowed and floated across the grasslands. Thousands of photos were taken and we were fortunate to be able to film the whole process of unpacking, tethering, inflating, launch attempt and ultimately collapsing it and repacking. Quite a fun and playful performance in its own right.

The next day was perfect. We had another attempt to launch the Explorer and this time the wind was kind. It was fascinating to witness the inflation of the Explorer and how responsive the internal temperature was to changing wind patterns and cloud cover. Eventually the Explorer lifted off the ground and began to rise driven only by the heat of the sun. The big black billowing form hovered over the surface seeming to seek out small children and adults watching from the edges. This playful preamble was clearly a delight to onlookers who ran around chasing the Explorer and being chased in return. Then it rose. In one swift and surprising moment it climbed high above the meadow becoming a beacon across the whole site. The shape of the Explorer continued to shift according the gusts and the clouds passing over. Everyone just stood and watched. “it was sublime”, said one onlooker. “It looks like ‘No Face’ off Spirited Away”, said another. In the excitement we forgot to make sure we had lots of film but we had enough clips and individual photos to show how it worked and its contribution to the Forest.

So what reflections do we have of Aerocene? For me – personally – I was struck by the drama of the form and the mass of the inflated structure and how it is constantly readjusting to its environment. It is this responsiveness that speaks of the playful delight and spectacle of the Explorer but also implies the sensitivity of the science embedded within the structure. Aerocene is an artwork and a scientific research instrument. It responds to today’s environment but implies a future where are more engaged with our atmosphere and the air above out heads. This faith in the future is compelling.