Aerocene has spread to southern regions, taking part in ‘After the End of The World’ at CCCB, Barcelona, Spain, and launching aerosolar floats alongside the alarming yet meaningful exhibition.

‘After the End of the World’ is a group show about the Earth of 2017, irreversibly transformed into an Anthropocenic planet following two centuries of human impact on natural systems. It touches upon ways to approach natural life at the latter half of the 21st century, and concerns a societal responsibility to future generations growing up in it. 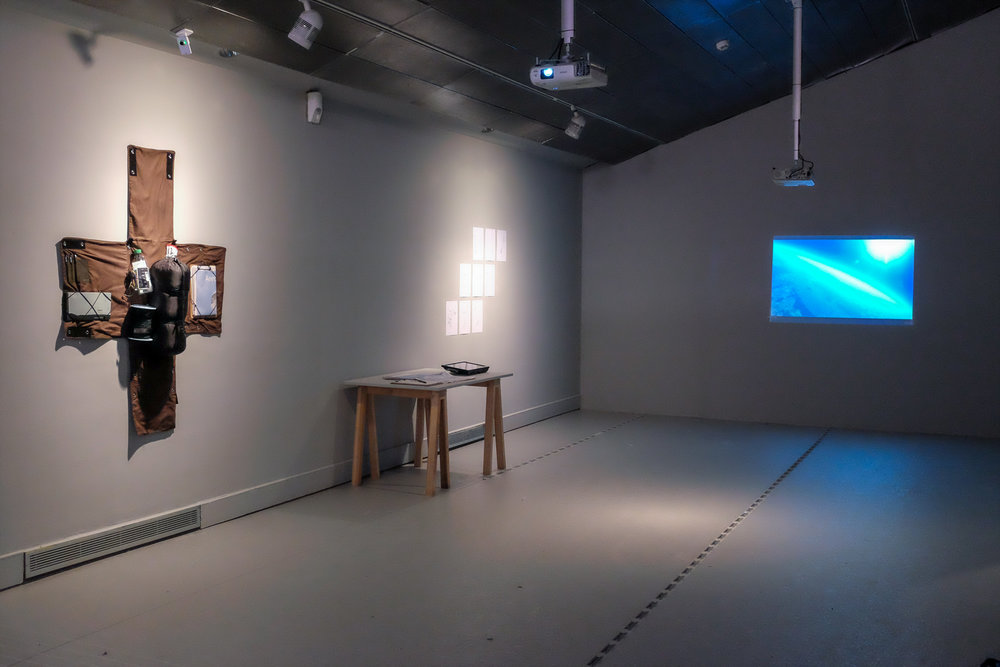 In the exhibition, an Explorer Backpack sits comfortably on the wall inviting visitors to dissect, examine and discuss its various components. The tethered-flight open-source starter kit, designed to engage participants in a thinking-through-making activity, has been accompanied by a table channeling the vision of Aerocene through what is called aeroglyphs. Like handwriting, the traces of any Aerocene flight is unique, reading like Heiroglyphs of the air hence its name – aeroglyphs. While eagerly adapting to the ever-changing rivers of the wind, atmospheric laws and weather conditions, aeroglyphs can be seen as signatures towards an independency from fossil fuels, in and of the air. 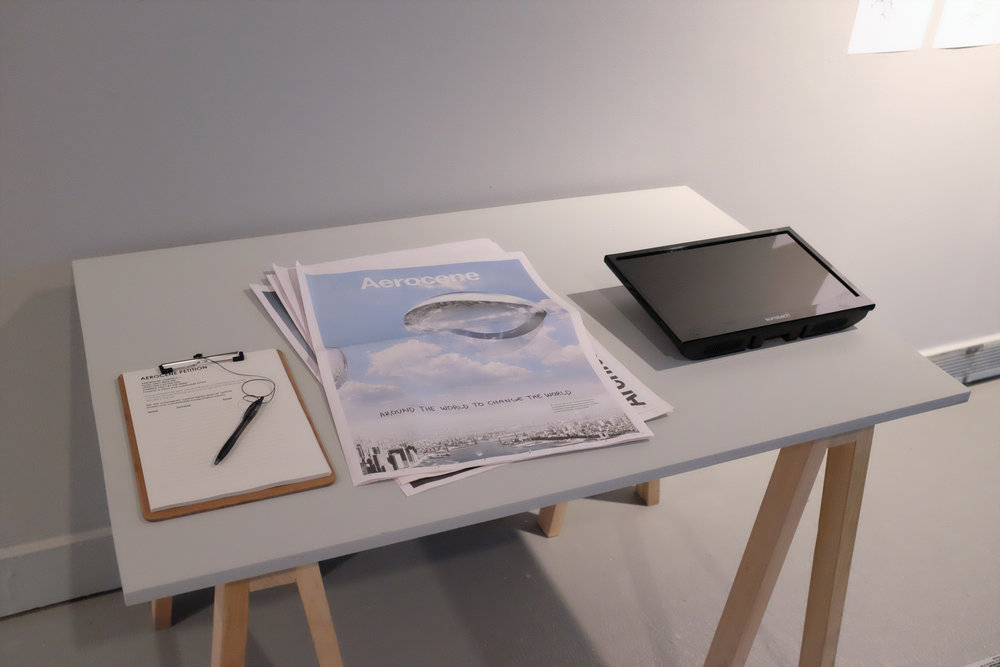 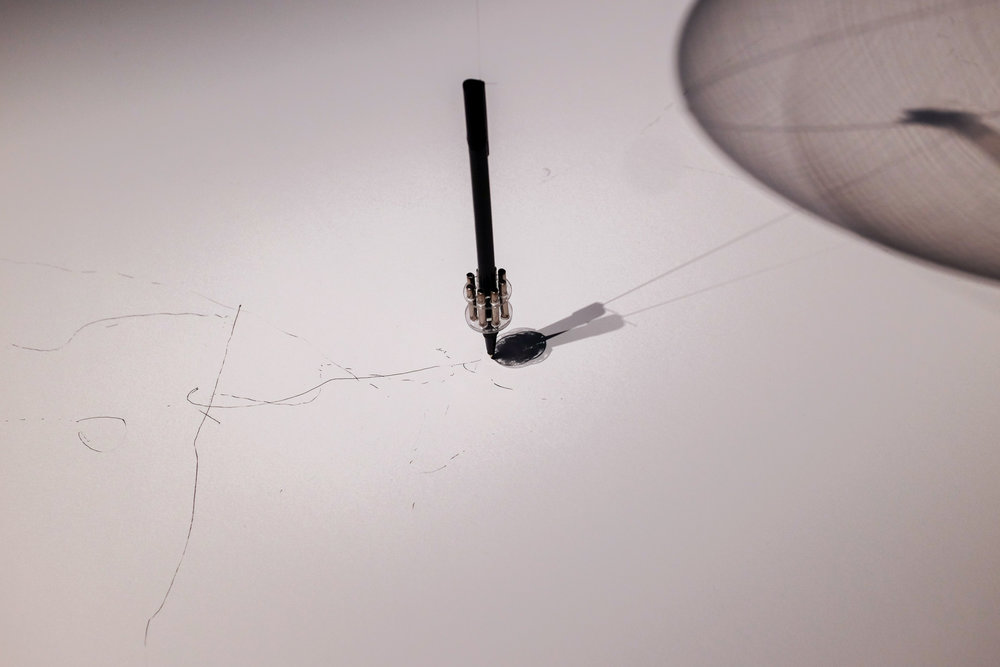 A lot of people signed their own declaration for independence from fossil fuels, creating whimsical drawings of beautiful depictions articulating invisible infrastructure of the atmosphere. Here seen on the wall. 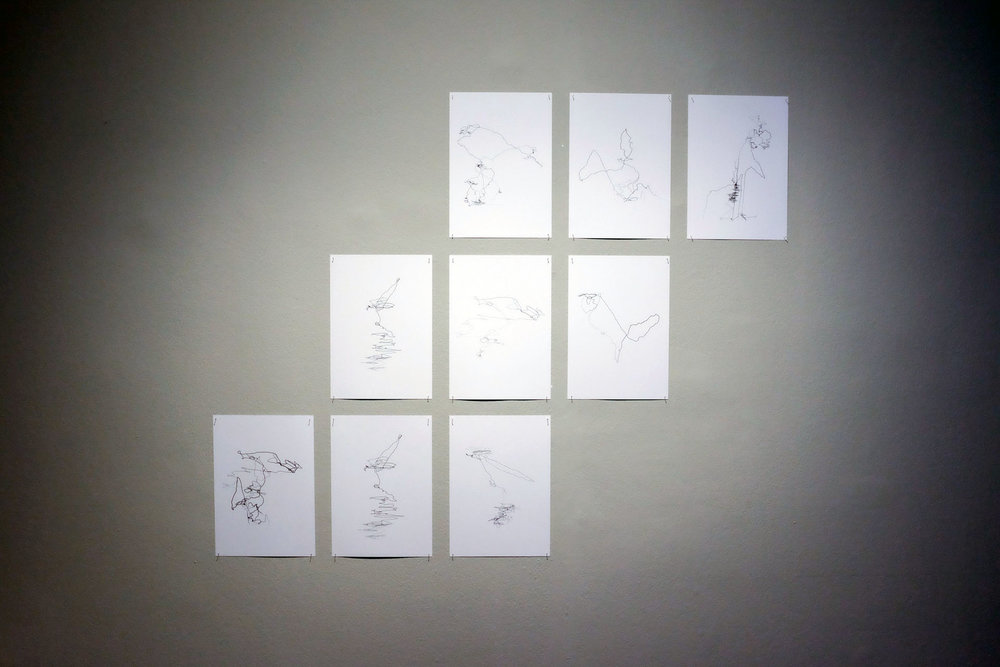 Two videos are on display at ‘After the End of the World’. In one of them visitors are fronted with the heart-and-visual-stirring story of accomplishing two world records of the first and longest manned aerosolar flight. The “D-O AEC” lifted seven passengers without any propane, hovering for approximately 2 hours and 55 minutes at White Sands (NM, United States), 2015. Normally, a hot-air balloon flight with a pilot and a passenger would need 324 liters of fuel to make the same journey. 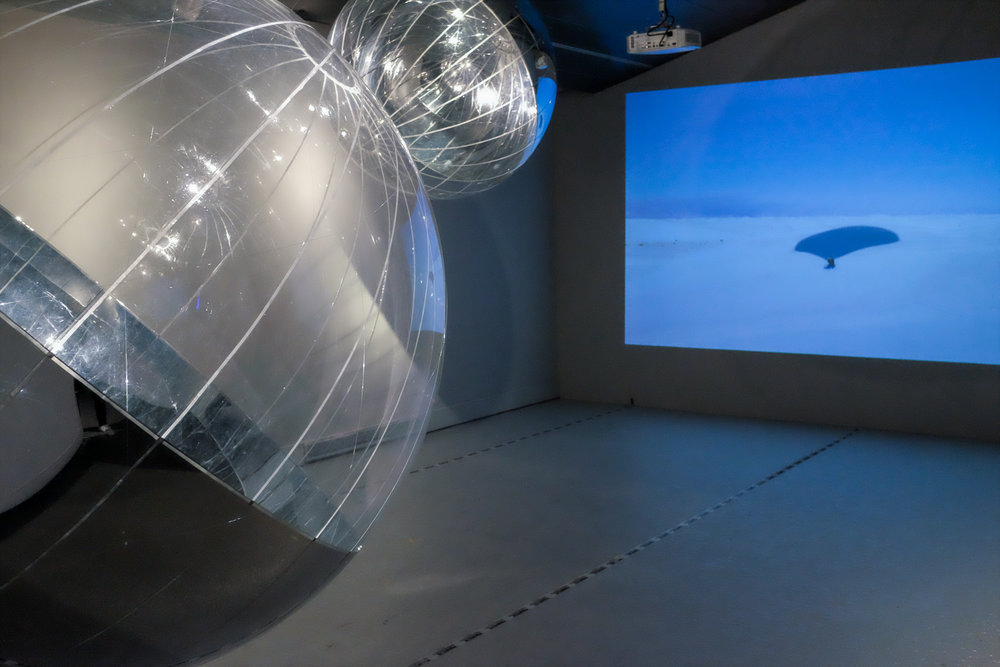 ‘Becoming Aerosolar’ documents the flight of the two Aerocene sculptures that made more than 500 kilometer journey in spring 2015, from Germany to Poland over a period of 5 hours. The journey was achieved without helium, fossil fuels, solar panels or burners. The film sparks imaginative thoughts of freeing ourselves from life solely upon the surface of the earth and explore, perhaps even inhabit the ocean of air above ground. 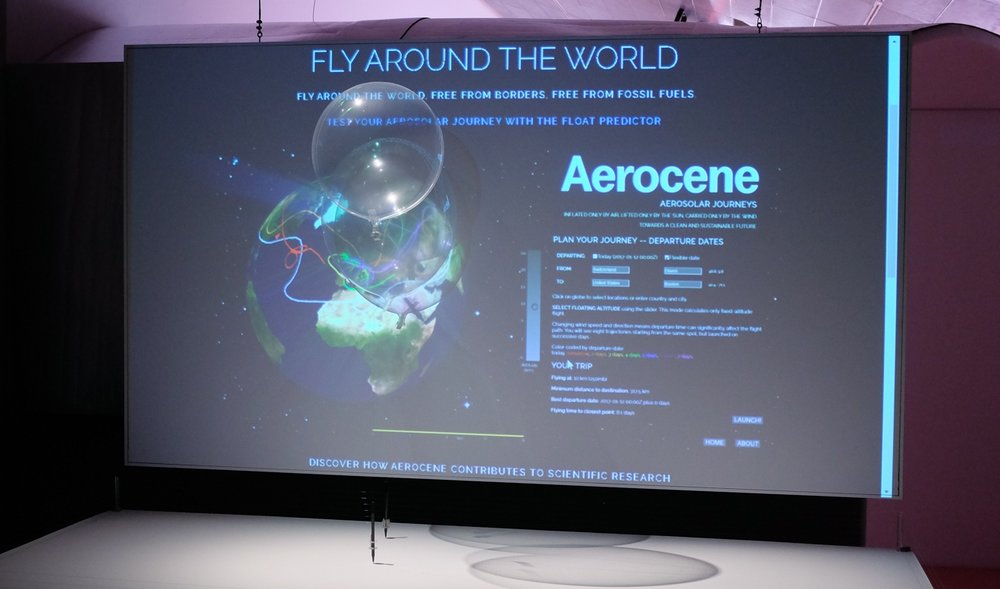 How long would it take to go from London to Barcelona with an Aerocene sculpture? Ask the “Float Predictor”, a global forecasting system that utilises open meteorological data to predict the flight paths of floating sculptures, following them circling, and swirling around the globe in a carbon-emissions-free way. Incorporating real-time information from 16-day forecasts of wind speeds at different altitudes, the aerosolar-float trajectory interface is a navigational tool used to plan journeys in the Aerocene epoch. 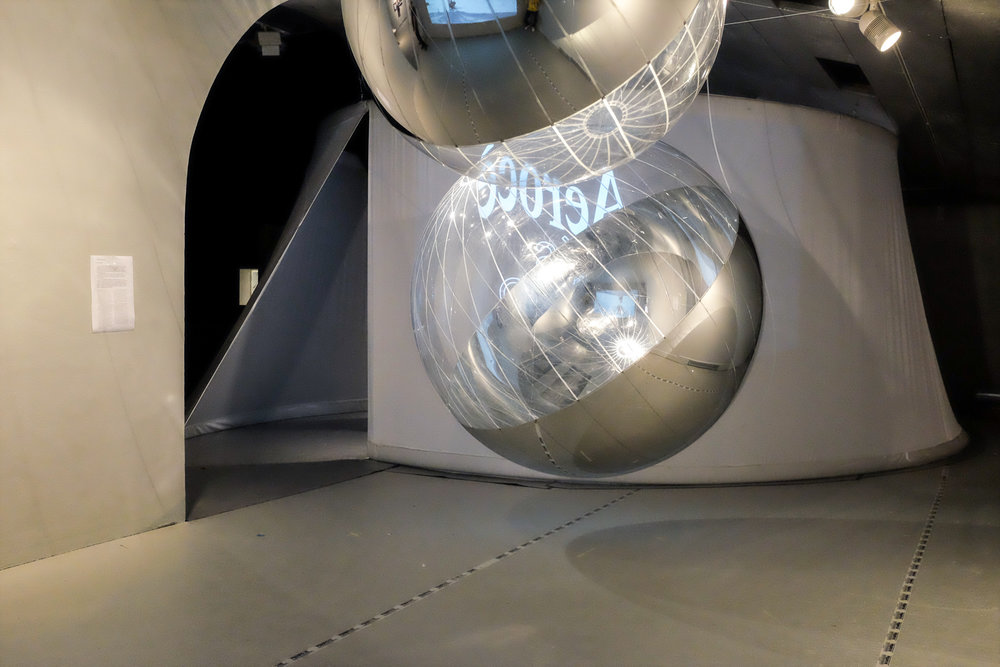 The Aerocene sculptures floating around in the exhibition become buoyant only by the heat of the sun. Made of two different lightweight materials: transparent and mirror foils, the mirror part of these sculptures reflect part of the sun’s radiation, thus controlling the temperature inside the air envelopes from overheating. This insulation is important during daytime flight. The transparent half helps to maintain the temperature inside the envelope (and hence its buoyancy) during the night, since it absorbs the infrared radiation emitted from the earth’s surface – the solar heat that the planet accumulated over a day. The fluctuating trajectory of the Aerocene sculptures – a choreography in the stratosphere – poetically maps the intangible thermodynamic exchange of a cosmic origin. Free of borders, free of fossil fuels. Towards a sustainable future.