Following the Aerocene expedition to Salinas Grandes in Jujuy, Dr. Martin Bonadeo, an argentine contemporary artist who was invited to participate on the trip, proposed a collaboration between Aerocene Argentina and Tecat. Tecat is an acronym for Taller Experimental en Ciencia, Arte y Tecnología, a course created by Dr. Bonadeo at Universidad Católica Argentina. Exploring discussions originated by science, art and technology, the course aims to establish links between students from different academic units, to rethink the links between their own codes and generate new spaces of common thinking. 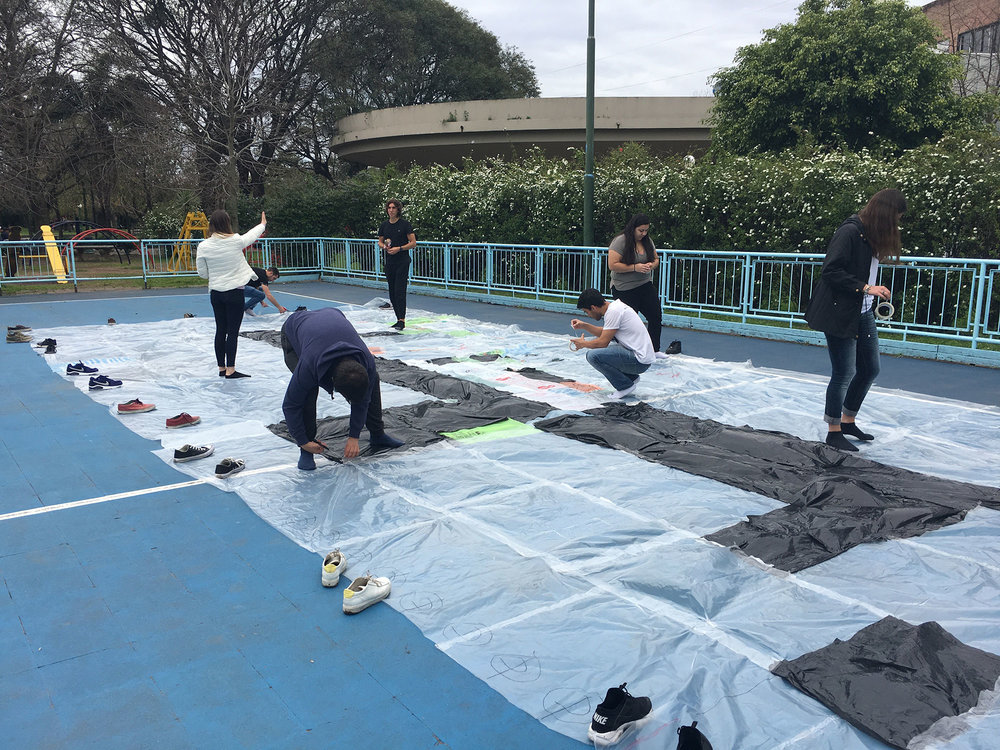 On September 13th, in the context of the interUCA Olympiads, students from TECAT built, flew and inhabited an Aerocene solar balloon. For several hours, the students cut and stuck together recycled plastic bin bags in order to assemble a large balloon, which was filled with air and due to solar insolation generated a temperature difference with the outside, managing to fly – or float in the air – for some moments. 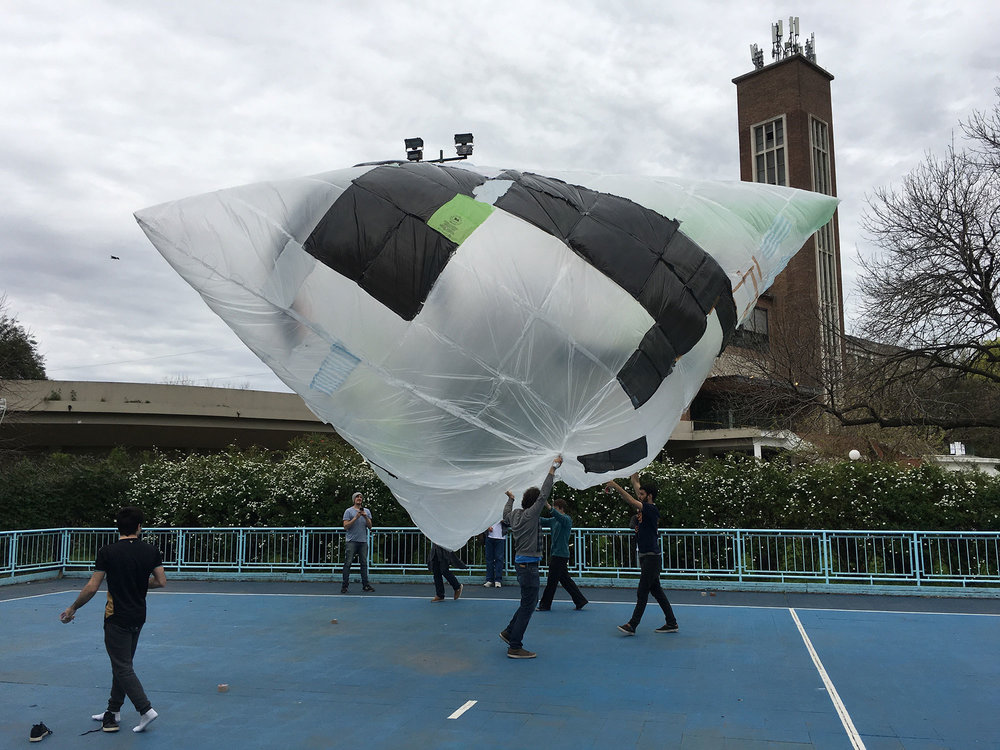 Then, when solar insolation dimminished due to cloud cover, they decided to enter inside the Aerocene balloon, and were surprised by the tangible upper temperature inside the balloon, which presented an atypical scenario, of great beauty and sensitivity. 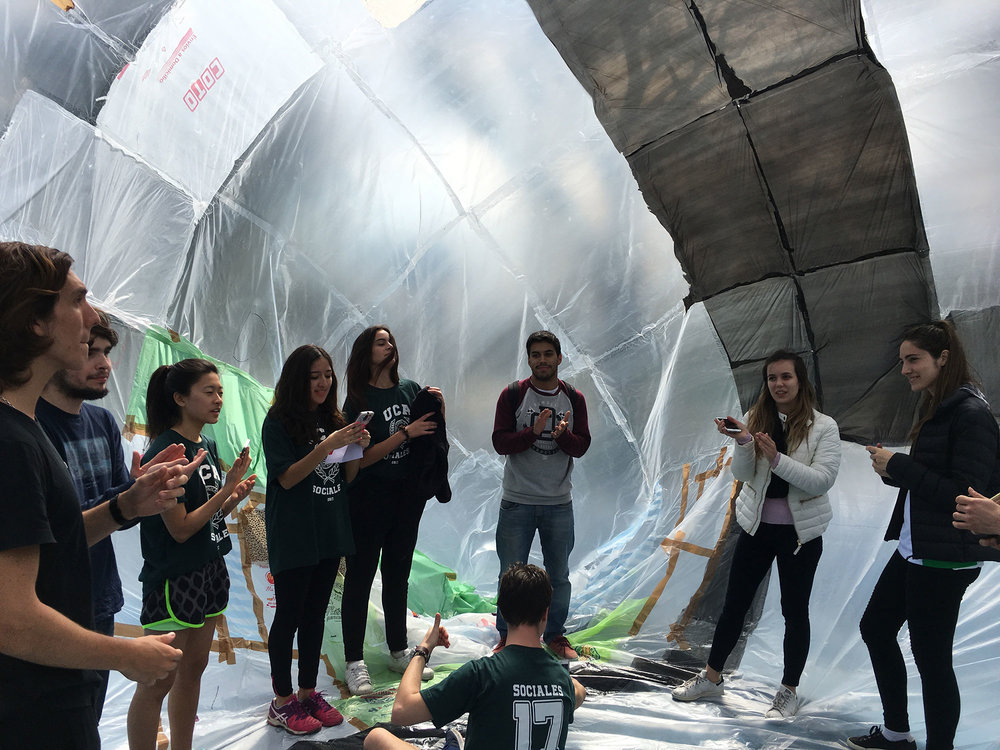 TECAT course has been focused on flying objects in 2017 – Tecat Vuela – and to follow up the September 13th event, Aerocene collaborator Joaquín Ezcurra was invited to talk about Aerocene’s flight visualization. Joaquin spoke about his experience in acquiring information on oceanographic campaigns, developing art installations, the relationship between nature and information visualization, and the technical challenges he went through while developing flight path visualizations for Aerocene flights at the Jujuy Salinas Grandes. 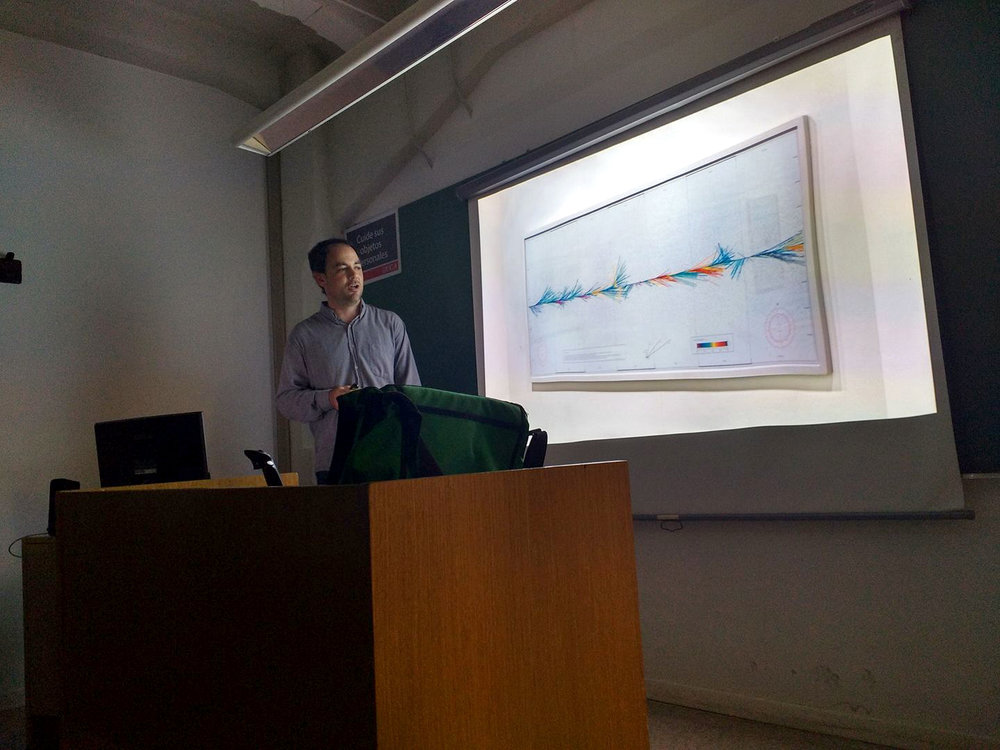 The collaboration will continue further with a possible solar balloon flight at UCA’s open air campus in the neighbourhood of Colegiales, Buenos Aires.