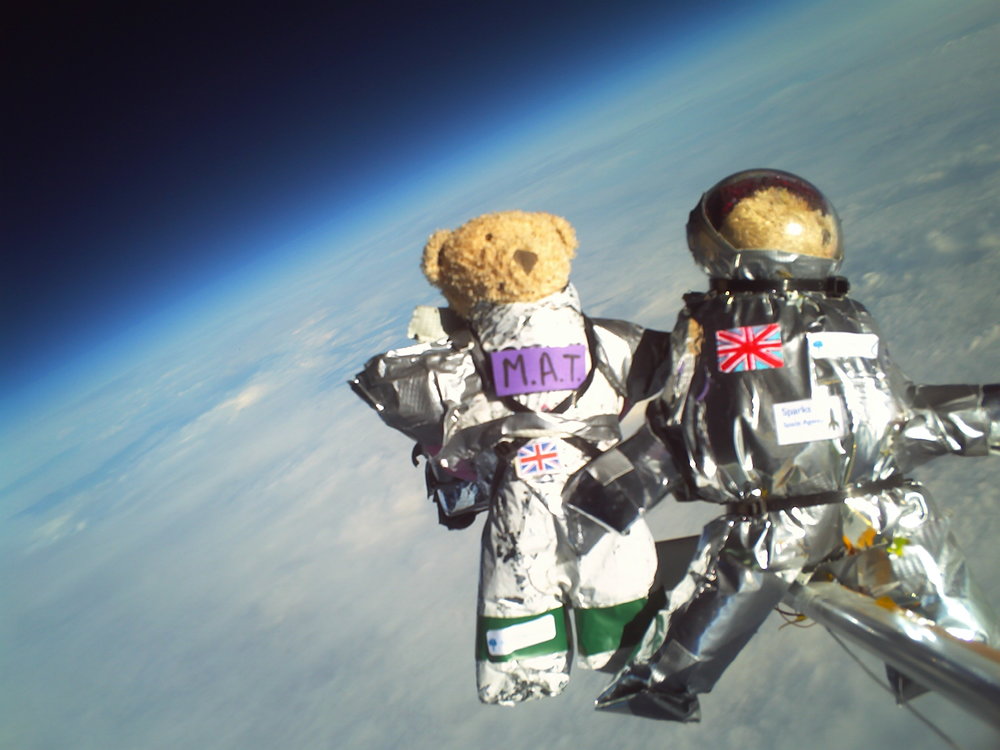 Cambridge University Spaceflight (CUSF) is a student-run society that formed in 2006 to experiment with low-cost spaceflight. They are part of a growing community of independent hobby engineers, hackers and newspace startups who are building their own, often DIY, technologies to explore regions of the atmosphere, near space, and beyond – places that were once out of reach of all but the most well funded government agencies. With many high altitude balloon and rocket flights under their belts the society is a key part of the UK High Altitude Society (UKHAS), has run a few great public outreach projects, and has even worked with the European Space Agency to test parachutes for Mars landers.

The Aerocene project has long been a big fan of the CUSF flight prediction tool predict.habhub.org, developed by Adam Greig back in 2010 and used by amateur balloonists around the world to predict the landing sites of their balloons. Every 6 hours the tool automatically downloads, processes and temporarily stores the 9 terabyte Global Forecast System (GFS) dataset of predicted windspeeds at different altitudes for the next 16 days from the US National Oceanic and Atmospheric Administration (NOAA), used as the basis for calculating predicted trajectories and landing sites for balloons according different standard or custom parameters. Beautifully open source, their data downloader, trajectory calculation and user interface code are all up on github and well documented on their wiki, and the team is active on the UKHAS (UK High Altitude Society) google group answering questions from the community of users.

We have been using the predictor with quite some success to predict the paths of recent Aerocene free flights, crucial for helping us recover our equipment and to apply for airspace permission. However, as the tool was developed for predicting the flightpaths of latex helium balloons (which ascend until the pressure inside them becomes so great that they burst and fall) we have had to ‘hack’ the habhub predictor to generate predictions for our floating Aerocene sculptures – calculating different legs of the trajectory independently (ascent, float, decent) under different parameters based on our observations of previous flights.

Happily Adam Greig, Daniel Richman and Jamie Wood of CUSF joined our latest Hack at the Imperial College Advanced Hackspace at Exhibition Road in London. It was a chance for us to get to know them, to connect with the community of hackers around the Aerocene project, and for them to reunite after Daniel’s move to London to push forward on the development of an updated to their predictor. 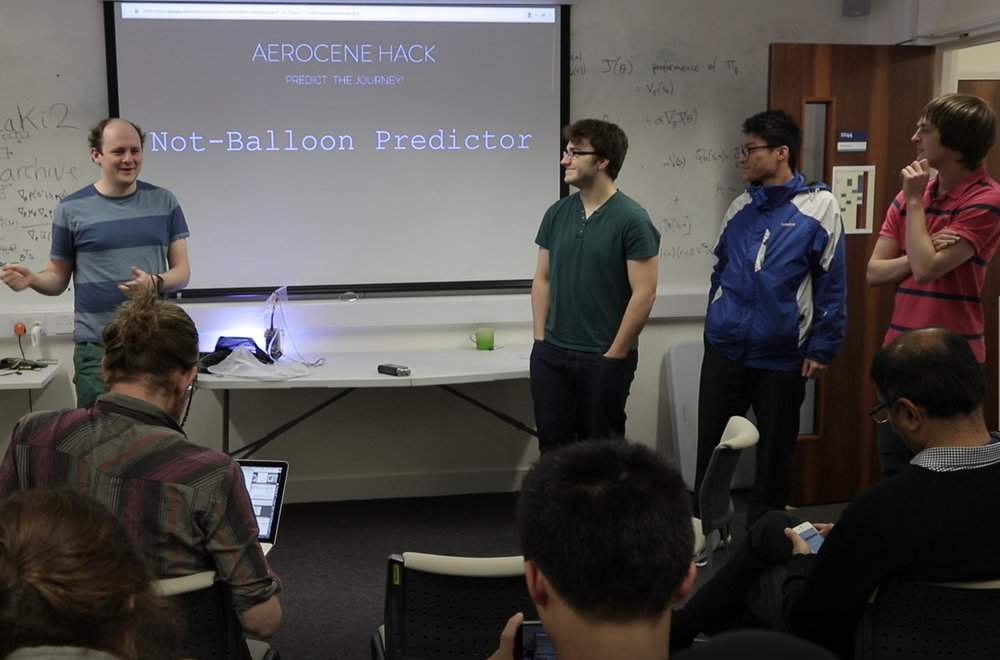 Adam, Jamie, Yun, and Daniel of the “Not-Balloon Predictor” team giving their final presentation at the end of the Hack.

After lending their technical perspective to a deep dive into the Aerocene social, philosophical and artistic discourse at the Aerocene Campus event, the hack got started at the Imperial College Advanced Hackspace.

Adam and Daniel were able to finalise and publish a new open API for the predict.habhub.org trajectory calculations, not only for latex balloons that burst but now also for balloons that reach a certain altitude and then float – much like Aerocene sculptures. This API is a great resource for the ballooning community and Aerocene project alike, making it possible for any developer to build their own bespoke user interface for flight prediction.

Jamie worked on developing a new ‘expert mode’ flight prediction interface that, whilst it might not be the most beautiful, would give access to all the current possibilities of their trajectory calculator including the floating option. With a few more issues to smooth out this new interface isn’t yet live.

Hackathon participants Tzen Chia and Yun-Hang Cho also joined forces with the CUSF team for the duration of the hack: Tzen to design some beautiful mockups for a new mobile UI that the team hopes to implement later, and Yun to start working through the maths required to calculate exposure of Aerocene sculptures to solar energy, based on location and altitude – a necessary step for modelling real solar flight paths.

The team’s next steps are to wrap up the new user interface including new features, like the ability to factor in a range of balloon ascent rates (very hard to accurately model). And for Adam, it’s to finish up his PhD.

We loved meeting them finally in person, will watch closely what they get up to next, and hope to be able to collaborate with them in the future!